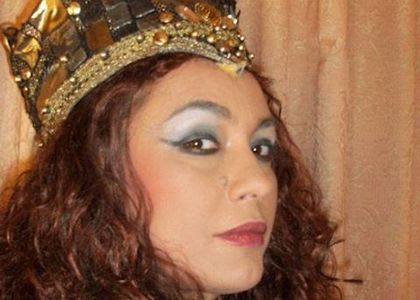 'Nabucco' Makes a Comeback at the National Opera

Thursday, 12 March 2015 , ora 10.03
In a strange apprehension of the season, with several titles that repeat themselves tiresomely, often in successive shows that increase the monotony of the 'range', the National Opera sometimes schedules works that are adored world-wide, overcrowded halls being the irrefutable proof that music lovers want them. And that is precisely why it is hard to understand why several months had to pass until we could again watch very captivating works - Madama Butterfly or Nabucco, then Aida or Tosca - but 'crammed' together in two or three evenings and... that's it! But it's also possible that bringing them back on stage was determined by the fact that, in the cast, there were several guests, partly Romanian soloists that perform abroad and that, thus, have certain freer spans in their agendas, according to which the appointments were made; but maybe again it's just a coincidence...

Regardless, resuming the fact that Verdi's Nabucco show made the halls overcrowded once more, even more so due to the fact the Abigaille was (finally) played by soprano Anda-Louise Bogza, having come from the Prague Opera, but with an impressive career on important stages of the world: from Arena di Verona to Tokyo, from Vienna and Munchen to Florence and Rome. And her magnificent, vibrant voice, with generous medium and brilliant acute registers of equal intensity, maintaining its enveloping warmth in the dramatic sequences as well, led by a surefooted technique that allows it a rich gradation, with impactful pianissimos and contrasting burst, always captivates and delights all that have the opportunity to listen to a 'true' soprano in a demanding score, difficult but very wide-ranged at the Bucharest National Opera. And her scenic presence, the temper and the atention she uses to support the relationship with her partners completed the vocal performance, applauded after every scene and, obviously, in the end.

This time, too, the main character was performed by baritone Ştefan Ignat, always surefooted, always tempted to sing forcefully, with an aggressive incisiveness that gives him an edge with Verdian scores, solving lyrical pages such as the famous prayer by resorting to a (sort of) strengthened treble or to mezza voce, without being bothered by the many moments where he sang 'below the tone' or seemed to be improvising even the text itself. And the fact that he got applauses as well perhaps made him believe that nobody would notice such... details.

Playing Ismaele was tenor Liviu Indricău, once more appreciating the quality of his voice, having 'metal' and acutes that underline the data required by the heroic character, still remaining a full, lyrical character, a lot more suited to (many) other works written for this type of voice, but, of course, the young soloist must abide by the theatre's requests and its cast distribution, for which, probably, there is no adequate soloist, hoping to tackle at the NBO scores that would make the most of his potential. An incredibly pleasant surprise was the debut of bass Marius Boloş, playing as Zaccaria, managing to offer 'weight' and august sobriety to his character, remarkable being the fact that his voice sounded generous, equal and expressive, with a suitable phrasing, his stature helping him accomplish the scenic presence demanded by the role, successfully embodying a significant character. Unfortunately, bass Horia Sandu did not offer the same outline to the Great Priest, going through the Verdian score only thoroughly, while soprano Simona Neagu (extremely rarely scheduled for important roles) made for an honest Anna, tenor Valentin Racoveanu made for an incisive Abdallo, and mezzosoprano Sorana Negrea made for a fair Fenena (in the aria, as well).

After a pretty sloppy start, the choir sounded homogenous and ample, scenically disadvantaged by the symmetrical spread into compact groups, with stereotypical moves and attitudes (choir master Stelian Olariu), the ballet accurately supported the 'battle' interventions or, with graceful companions of Abigaille, on the coordinates imposed by Doina Andronache's choreography, sometimes with no connection whatsoever to the action at the time, soloists being Raluca Ciocoiu, Ionuţ Arteni, Raul Oprea, and the orchestra played cleanly, with remarkable solos, conductor Iurie Florea leading the ensemble without the self-confidence and brilliance typical to the score, not managing to avoid the 'slips' in the pit-stage relationship.

Nabucco remains one the public's favourites, having good cause to be included more often on the playbill of the current season, still maintaining its attractive aspect from a general standpoint; and if it enjoys a great guest, like it did on the first performance of the (only) three, it definitely becomes an attraction for the public, proof being the avalanche of people and the intensity of the applauses that rewarded the performers according to their quality that evening (as well).