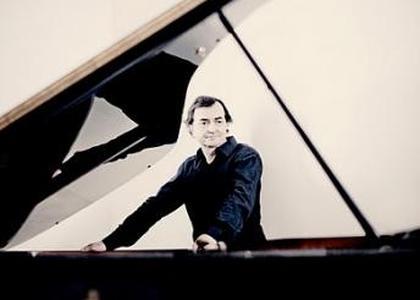 Five Plus Five Does Not Always Equal Ten

Monday, 28 September 2015 , ora 15.00
Last night, the image of Isis appeared to be refined, fluid, ethereal and enigmatical. Isis is also what Enescu used to affectionately call his wife, Maruca. This image was masterfully outlined by the Greek Constantinos Carydis and the Bavarian State Orchestra through the soft and tender sonorities that could almost be touched. The audience was offered one of the best versions of this opus, which is performed so rarely. The female voices of the Academic Radio Choir, which were trained by Dan Mihai Goia, sensitively made their way into this painting of impressionistic waves. I thought to myself that it was a very good start, but then I figured out once again that it was not wise to take hasty decisions. What followed was a version of the Concerto for Piano and Orchestra No.5 by Beethoven, which was truly misleading because the French pianist Pierre-Laurent Aimard continously oscillated between the passages that got him on the brink of failure from a technical point of view on several occasions, as he performed them mechanically, without any emotional involvement, and the pearly moments of a suggestive refinement that sent the audience to a completely different world. The development of the performance was intelligently and clearly accompanied by the German ensemble, but it was not very convincing, stilistically speaking, as the sonorities were sometimes discrete, but other times quite brutal. The priority that the orchestra generally gives to the lyrical repertoire at the Bavarian State Opera seems to have disadvantages in the symphonic area. That does not mean the version of the Symphony No.5 by Shostakovich performed by the young and talented Constantinos Carydis and the Bavarian State Orchestra does not stand up. On the contrary, the Greek conductor clearly points out the dramatic accents of this composition, while focusing especially on the lyrical, sensitive inner side of the score. That is why the extraordinarily gloomy energy in the background and the psychologically tense game with marked emphasis on irony and alienation, which are typical for the Russian composer, seemed to be easily bleared. The comparison between this version of the Symphony No.10 by Shostakovich and the one that was performed two nights ago by the Saint Petersburg Philharmonic Orchestra comes naturally, somehow, and so do the conclusions.

It was an irregular night that raised numerous question marks, but it also included some truly memorable moments.