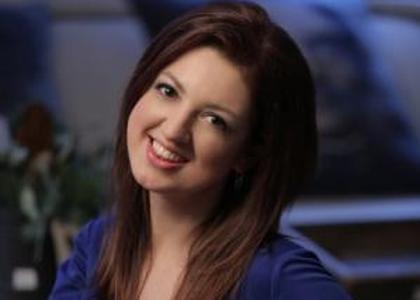 The Pianist Alexandra Dariescu in a musical recital at Wigmore Hall

Nothing can be nicer than sharing with your beloved ones the joy of being part of a special event, marked by the evolution of a Romanian musician, who has been living abroad for a very long time. Being in London for a short period of time and trying to make my way step by step into the vibrant musical life of the city, whose generous musical offers put you in the happy situation, but ungratefully at the same time, to choose the best of the best, I started this great adventure in the last day of January, in the superb Wigmore Hall, watching the remarkable performance of the pianist Alexandra Dariescu. Trying to keep my objective tone and to detach myself from the regular enthusiasm which was generated by the event to which I could take part of, with some luck, taking into consideration that I barely managed to find a returned ticket the night before the show. I tried as much as I could to be analytical and to dress myself off of the melomaniac garnment, taking the stance of a musician who feels the need to satisfy his artistic fulfillment, hunting emotions through the performance offered by the main character on the stage.

It is said for a good reason that the talent and the skills of a musician, especially the ones of a pianist, are important and are relevant when the latter does not develop as a front-man, but rather as a front-man in a musical recital. I never had the chance of listening to Alexandra in that kind of position, masterly speaking, benefiting only of the fact of seeing her evolving on a couple of occasions during the "George Enescu" festival. And I had the premises of a very good quality show ever since I have started noticing the very-well scheduled programme, an excellent motivation for listeners and a proof of inspiration from Alexandra's side, thing that, let's face it, many fail to do. The op. 54 serious variations of Felix Mendelssohn have opened the recital, maybe the hardest part from the programme, with numerous technical challenges, played with an unexpected brilliance, but with an abundant aria of emotions which have predicted the prelude series that followed, signed pieces by Gabriel Faure, Frederic Chopin and Karol Szimanoswski, different in musical language, however extremely interesting from the perspective of the artistic level of maturity of the composers. All in all, these pieces were also extremely and meticulously approached by Alexandra Dariescu, with various dynamic pallets and an excellent dosage of the records. Towards the end of the recital, which took place without breaks, I listened to a famous transcription for piano of the ballet suite "The Nut Craker" by Piotr Ilici Ceaikovski, carried out by Mihail Pletnev so that, in the ending, for Alexandra to offer us an excellent interpretative version in a C flat minor register of the theatrical Scherzo no. 2 by Frederic Chopin, ending the show accompanied by an enthusiastic ripple of applause of the present audience, visible satisfied not only of their choosing to be part of a very-well done event from a musical point of view, but educative also, because, we have to mention the fact that Alexandra spoke about every piece she sang, in an almost native British English, elegant and dosed with humor, being able to create a strong connection between the public and the performer.

This is how my experience at Wigmore Hall was, a hall with special acoustics and filled with history, a host for precious musicians, in which I had the occasion of listening to Alexandra Dariescu, the performer who was included with good reason by the "International Piano" magazine, in the ranking of the most promising young pianists of the moment.