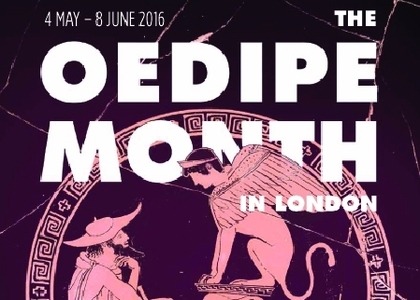 Oedipus Month in London is the title of a project which not long ago could have been considered at least bold, if not unfeasible, considering the fact that for a long time the Romanian composer and his work have not been given a place in the universal music inheritance.

These events which occur during this period of time, in the capital of UK introduce a new historical moment, as it was well described by mister Dorian Branea, the director of the Romanian Cultural Institute in London: the premiere of Oedipus on the stage of the Royal Opera House, under the baton of Leo Hussain, a renowned name for those who delightfully remember his achievements during the Enescu Festival, by naming Alban Berg's Wozzeck, Schonberg's Gurre-Lieder cantata or even Enescu's Oedipus at Bucharest National Opera.

The events have started on 4th May with a conference organized at Covent Garden, whose protagonists were directors: Valentina Carrasco, Alex Olle, conductor Leo Hussain and three of the musicians who are part of the show's cast.

Last night, at the headquarters of the Romanian Cultural Institute in No. 1, Belgrave Square, in a pleasant atmosphere and with a numerous and curious audience, we have been introduced into the behind-the-scenes preparation of Oedipus at the Royal Opera House. It was more than a conference because the audience also witnessed exceptional well-performed musical moments. The welcoming speech was given by mister Dorian Branea, the director of the Romanian Cultural Institute in London, the one who highlighted the importance of the moment and the new perspectives which occur after the premiere which will be held on 23rd May. After him followed composer and professor Dan Dediu's speech, which was an introduction in Enescu's musical universe, one which is especially presented in Oedipus, and afterwards, followed a musical interlude performed by soprano Rodica Vică and piano player Diana Ionescu: an excellent and well-interpreted version of four out of the seven songs composed by George Enescu on Clement Marot's lyrics.

The discussion about Oedipus was afterwards moderated by Kasper Holten, none other than the director of the Royal Opera House in London. She had as partners in discussion conductor Leo Hussain, director Valentina Carrasco and, last, but not least the one who will interpret Oedipus on the stage of Covent Garden, bass-baritone Johan Reuter. Numerous particularities of musical language, the placement into context of Enescu's style, the difficulty and complexity of the work's score were talked about and last, but not least we were told several details about the show which will be presented in a couple of days. A special mention is for director Valentina Carrasco's vision, but there are also great expectations from Johann Reuter, an imposing voice and a musician who, considering all said and especially the interpreted excerpts at the end of the night has all the premises to interpret the role of Oedipus in a way that only David Ohanesian had succeeded years ago. And I do not want to go further with the details, because I wish to share my impressions after I have the chance to see the show.

Therefore, the premiere of Oedipus in London, on 23rd May, is followed by five more shows on 26th and 30th May, 2nd, 4th and 8th June. And if we consider the fact that the 2017 edition of the Enescu Festival will be opened with the concert version of the same work, under the baton of Vladimir Jurowski, the one who was also responsible for the premiere of Enescu's Symphony No. 3 at Royal Festival Hall, then we can wholeheartedly and with satisfaction trust the words of the dear departed Pascal Bentoiu, the one who said that Enescu and his music will be the revelation of the 21st century.