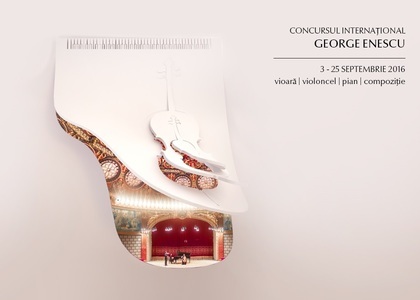 This autumn, Bucharest will be all about music, classic music in particular, because the Bucharest Cityhall and Arcub- the Bucharest Cultural Center is organising between the 9th and the 18th of September, in the Universităţii Square, "Bucharest Music Film Festival"- a classic music festival at its 11th edition, a festival which is very loved by the Bucharest people, with free entrance, and when people have the opportunity to listen to classic music that is performed by known Romanian orchestras and also by foreign ones. We are speaking about the Bucharest Symphonic Orchestra, Ionel Tudor Orchestra, Bucharest Symphonic Pops Orchestra- a fairly new ensemble, but very successful; there's also Sinfonietta Wien- a young orchestra from the Austria's capital. We have the opportunity to listen to old Romanian hits. Corina Chiriac and Mirabela Dauer will be singing on Saturday with Ionel Tudor Orchestra. But there will also be soundtracks of known movies, such as "Spiderman" or "Tom and Jerry". These will surely please both young and old people.