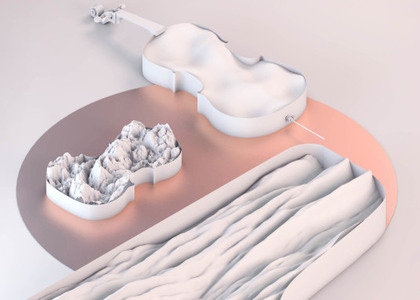 Today, 31st of May 2018, I found myself at the Humanitas Bookstore, near Cișmigiu, where the second press conference for the 'George Enescu' International Competition took place. At the conference, the organizers introduced a project called 'What do we hear when we are listening to music?' or, how some might call it, 'The George Enescu Competition goes on tour in high schools'.

Its schedule includes the organization of 'performance-workshops' designed to attract young people who want to understand, in a laid back and hands-on manner, a few elements unique to the art of interpreting music, in order to prepare for the gathering of 270 young musicians from 39 countries who passed the auditions in 2018 and who will perform in Bucharest, between the 1st and 23rd of September during the 'George Enescu' Competition.

The artists who will participate at the workshops and who talked during the press conference are the actor Marius Manole, who will handle the meetings with the youngsters and the composer Paul Ilea, a music producer who put forward a unique mix of classical musical instruments and live multimedia, all for strengthening the bond between young people and classical music. Paul Ilea put on a short performance, a mash-up between Mozart and hip-hop music, to make us understand better his musical intentions. The workshops will be held in Bucharest, between the 4th and 8th of June, at the following locations: 'Mihai Viteazul' National College, 'Gheorghe Lazăr' National College, 'Gheorghe Șincai' National College, 'Sfântul Sava' National College and the High School of Fine Arts 'Nicolae Tonitza'. This first series of workshops represents the pilot phase that intends to be the starting point of organizing similar workshops in other high schools throughout the country as well, at the beginning of this school year.

After these dialogues, 18 short films will be produced of approximately 5-7 minutes that will tackle musical interpretation, in which we will see several artists. The film series will run on multiple channels, including the YouTube channel of the 'George Enescu' Competition and Festival. They will serve both as an educational material and as an appealing guide for music lovers.

The last aspect discussed during the conference was the JuratEnescu app that will be released at the beginning of the competition and will allow those who watch the competing musicians to take their own notes, both online and in the concert hall. At the end of the competition, 10 amateur jurors who were the closest in their observations to the actual jury will be awarded the Apprentice Juror denomination, they will receive tickets to the 2019 edition of the 'George Enescu' Festival and they will be invited to a soiree together with the jury.

Mihai Constantinescu, the chief executive of the 'George Enescu' Competition and Festival and also the third speaker of today's conference, claimed that this 'apprenticeship' in the art of jurying is meant to reward not only the artistic elements and the technic of the contestants, but also the audience's consistency in following the artists; they will have to pay attention not only during the finals, but also during the span of the whole competition.

At the conference, the sponsors that support these projects made an appearance as well. They were represented by Corina Vasile, one of the Raiffeisen Bank Romania agents. The event was moderated by Crenguța Roșu, managing partner of the DC Communication agency.