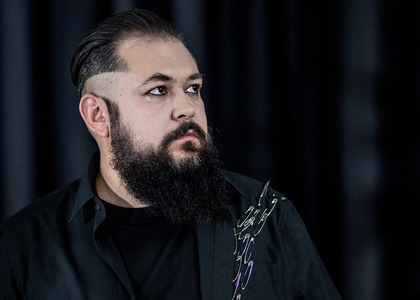 A jazz summer evening at the Radio Hall: the trumpet player Sebastian Burneci and the Big Band Radio

Thursday, 7 June 2018 , ora 12.35
Thursday, 14th of June, 7:00 p.m., the trumpet player Sebastian Burneci - lead singer of Big Band Radio and one of most appreciated and active jazz musicians in Romania.

On Thursday, 14th of June (7:00 p.m.), the trumpet player SEBASTIAN BURNECI - lead singer of Big Band Radio and currently one of most appreciated and active jazz musicians in Romania - has the great pleasure to invite you to a special jazz evening dedicated to the famous Canadian trumpet player Maynard Ferguson (1928 - 2006).

Along with the Big Band Radio led by IONEL TUDOR, the event called "AS LOUD AS IT GETS" wraps up the 2017-2018 jazz season at the Radio Hall.

Graduating from Prins Claus Conservatorium in Groningen, Netherlands, SEBASTIAN BURNECI was strongly influenced in his artistic evolution by Maynard Ferguson, one of the greatest jazz trumpet players of all time:

"When I was 7 I discovered in my father's vinyl collection a record of Maynard Ferguson performing Chameleon. Ever since that moment, my love for trumpets and big band only grew stronger and I decided to learn to perform as well as the person I heard on that disk. This concert is a homage for this great musician, a homage for the jazz-rock style and for this great big band. This concert is a dream come true."

Sebastian Burneci is one the most iconic musicians of his generation. Both the lead trumpet player and singer of Big Band Radio and the youngest member that had ever been hired indefinitely, Sebastian Burneci was part of the most important records and live productions over the last 15 years, both in jazz and in pop music. Born in Constanța, in 1983, in a family of musicians, the Romanian artist is the son of one of the founding members of the legendary rock band Roșu și Negru.

You can enjoy the concert live on all Radio România Cultural and Radio România Muzical frequencies in the country or by watching the live stream online at www.radioromaniacultural.ro and www.romania-muzical.ro.