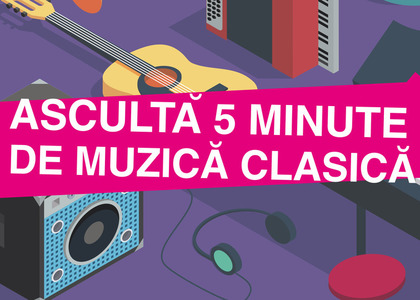 A new edition of the project "Enjoy 5 minutes of classicalmusic in unconventionalplaces" is taking place between 1st and 31st October. On this occasion, the general public can listen to classical music in supermarkets, shops and malls.

An important aspect of any cultural project is the public's perception. Whether it is an exhibition opening or a violin recital at the subway, what unites any type of cultural initiative is the need to be publicly validated. In this regard, the project "Enjoy 5 minutes of classicalmusic in unconventional places "is a very good case study. Along the way, the public's reactions have celebrated the success of the idea - sometimes even arguing that classical music should be a constant of such unconventional spaces. Taking these aspects into consideration, here are the comments of those present on Thursday, 24th October, in the Mega Image on Crângași Avenue:

"Very lovely! It's a change! I noticed yesterday."

"It's nice, relaxing. I think it's a good idea. It relaxes you."

"Very nice. A very good idea. I prefer this rather than the commercial radio."

"It's an appropriate type of music, very good for focusing and it also relaxes you."

The project "Enjoy 5 minutes of classicalmusic in unconventional places "thereby captures the normalcy of the relationship between classical music and such a space. The series in unusual places continue until the end of October.