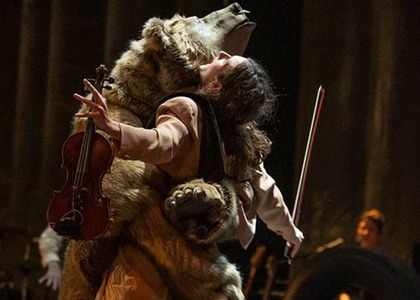 Organized under the High Patronage of the Royal Family of Belgium, every two years, in Belgium and the neighbor states- France, Netherlands, Luxemburg and Germany or United Kingdom, The International Arts Festival EUROPALIA is regarded as a cultural manifestation of great extent. The Romanian Cultural Institute is the coordinator of the Romanian participation within the 27th edition of the EUROPALIA Festival (October 2019- February 2020) which is dedicated to our country. The Ministry of Foreign Affairs, the Ministry of Culture and National Identity and the General Secretariat of the Government have joined the Romanian Cultural Institute in this endeavor. EUROPALIA International Association is traditionally the organizer of the manifestation.

The cultural events of EUROPALIA 2019-2020 have caught the attention of the media, especially the fantastic Brâncuși exhibition from BOZAR in Paris, which according to the latest updates, has been extended due to the high public interest towards it, until the February 2nd. At the moment, a complex choreographic spectacle, TRACES, becomes the center of the European public's interest. The premiere took place last December during the EUROPALIA festival. The Romanian premiere also took place on January 9, at the 'I.L. Caragiale' National Theater, opening the international tour of the Ultima Vez Company with this contemporary dance spectacle.

Ultima Vez company was founded in 1986 by choreographer, stage director and cineaste Wim Vandekeybus. Ever since it was founded, Ultima Vez has extended its activities as an international contemporary dance company based in Brussels.

Choreographer Wim Vandekeybus (1963) has originally studied psychology. Nevertheless, he has always been drawn to dance by a magnetic force. In 1985, he obtained an audition for the famous choreographer Jan Fabre who offered him a role in "The Power of Theatrical Madness". A year later, Vandekeybus founded the Ultima Vez Company. His first spectacle, `What the Body Does Not Remember` became an international success. According to the statement released by the Romanian Cultural Institute on the occasion of the Bucharest premiere: `In all its productions which are so different from one another, Ultima Vez remains true to its own language of movement- tension, conflict, the body that the mind confronts, risks and impulses. The passion, intuition and instinct will embrace a new shape with every performance. The Romanian Cultural Institute is honoured to present the contemporary dance spectacle TRACES in Bucharest as well. It is one of the projects which have a great impact on the EUROPALIA ROMANIA, but also on the public. Mirel Talos, the acting president of the RCI stated: `TRACES is an extraordinary spectacle of music and dance, a successful collaboration between Romania and Belgium, and therefore, we are delighted to present this intense and energetic spectacle in Bucharest`. Andreea Capitanescu, the curator of the project, has also expressed that:` The production is unique because it focuses on the relationship between men and nature and on the fact that Romania possesses the most part of the European virgin forests. Inspired by authentic Romanian sound, music plays an important part, and as for the choreography, it is created with the contribution of the dancers, which for Wim Vandekeybus represent a return to the origins of his success.`

Wim Vandekeybus` contemporary dance spectacle is performed with ten dancers, led by an original soundtrack, made by Trixie Whitley, Marc Ribot, Shahzad Ismaily, Ben Perowsky and Daniel Minsteris. The elite dancers are impeccably trained to use their bodies in complex and original representations created by the choreographer; the creator mixes unusual, difficult, almost acrobatic movements with the acting qualities- dancers talk a great deal on the stage. In fact, it is not proper talking, but shouting and screaming with an overwhelmingly aggressive force. This is probably a reference to the animal that lives in every one of us and doesn`t hesitate to surface in extreme circumstances. And on stage, there are almost only extreme circumstances: a woman is hit by a speeding vehicle on a road that goes through a thick forest; she is found, put in a sack and abandoned near a huge garbage landfill; here she is found by a hungry bear and from there the story begins. I have to say that, during the spectacle, there will be three giant bears on stage; their costumes are really well done (Jan Maillard). In fact, the storyline is based on the relationship between men and bears and in many instances, in terms of behaviour, men and animals are similar. Animals can grow affection and care, but won't hesitate to attack when they feel threatened. I particularly appreciated the scene with the fight between the harts. Obviously, the choreographer studied footage of these spectacular erotic dances for a long time and in great detail and then put it into a performance with the cast. Thanks to this, in several moments I simply forgot that I was watching dancers perform and instead I was admiring the vigour and gracefulness of these magnificent four-legged creatures possessing these impressing antlers. I shouldn't forget to mention that the maestro left plenty of room for improvisation in the choreography. Maybe this would be a reliable explanation for the excessive length of some of the scenes. I believe that 30 minutes could have been easily removed from the two hours spectacle.

Wim Vandekeybus doesn`t lack a sense of humor. Before seriously wounding him, the bear performs an actual ballet recital on the back of the victim, which enjoys the perks of a great massage for a few moments. Wim has also an appetite for erotic scenes- we were offered a frenetic dance between two nude masculine characters, one of them having his leg and the other his head blocked in tin buckets, and even a totally unusual sexual intercourse between a man and a portion of pavement from a newly constructed road crossing the forest. No, Wim Vandekeybus doesn't lack imagination either. Nevertheless, the choreographer engages all his qualities in the creation of an artistic act meant to draw the attention towards what goes wrong nowadays between men and nature. It is a noble gesture that couldn`t be anything than appreciated and approved.