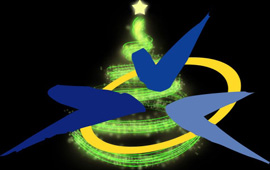 The Old Music Season of the European Broadcasting Union

The best old music bands of the moment, performing on historic instruments, inspiration and fantasy in the music of past ages, rebrought to life just to delight millions of listeners.

Six concerts have been broadcast in scores of countries with the help of the European Broadcasting Union during October this year, which we offer you on the Radio Romania Music this week, when you will have the opportunity to meet (again) the Concerto Copehagen and Lars Ulrik Mortensen, the Consotium for violas Phantasm and Laurence Dreyfus, Gli Angeli Genève and Stephan MacLeod, Capella de Ministers and Carles Magraner, Collegium Vocale Ghent and Philippe Herreweghe, Brevis Choir and Gintautas Venislovas.

These are the proposals made by public radios in Denmark, Great Britain, Netherlands, Spain - Barcelona and Madrid - and Lithuania for the first Old Music Season included in the Euroradio Season.

The Italian or German baroque, the golden age of the English music and poetry, songs from the faimous collection from the Duke of Calabria, Thomas Luis de Victoria's religious music, these are fascinating territories you will discover in the company of wonderful artists.