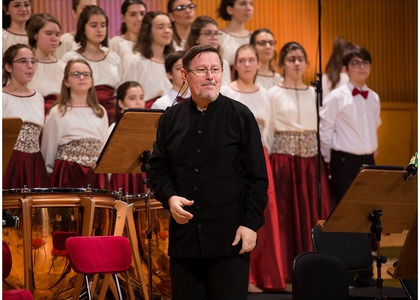 The magic of carols, with Radio Children’s Choir, in alternative spaces from Bucharest

After the concert held at the Radio Hall on December 17 and the first open-air concert at the Christmas Market in Constitution Square from Bucharest, organized by Creart, on 18 December, Radio Children's Choir, led by the conductor Voicu Popescu, brings the joy of carols at Alt. Crăciun, on 21 and 22 December!

The two concerts will be hosted by The Cultural Centre of Bucharest Municipality, within the alternative Market Alt. Crăciun, at Hanul Gabroveni. The performance of the Radio Children's Choir at Alt. Crăciun is scheduled in two rounds, in the evenings of 21 and 22 December, from 19.30 and 21.30. The programme contains carols from the Romanian and the international repertoire.

For other information related to Orchestras and Radio Choir's please refer to the website www.orchestreradio.ro