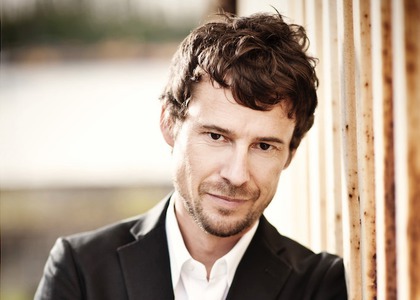 Cristian Niculescu
and Zsuzsa Bálint have a been a pianistic duo since 2012 and have performed in concerts especially in Germany, where they have been invited to international festivals as soloists of various chamber ensembles, such as the Kammerensemble der Berliner Symphoniker, or alongside the Berliner Camerata Chamber Orchestra from the Berlin Philharmonie.

Acknowledged by famous professor Jorma Panula for his abilities, talent and artistic flair, Olivier Robe has collaborated with top-ranking orchestras in Europe. For several years, Olivier Robe has been working alongside Philippe Herreweghe with vintage instruments, performing works from the Classical and Romantic repertoire recorded for the Harmonia Mundi with the Champs-Elysées Orchestra in France.

The concert can be heard live on all Radio Romania Music and Cultural frequencies in Romania and on live streaming on the Internet at www.radioromaniacultural.ro and www.romania-muzical.ro.

For more information on the Radio Orchestras and Choirs, please visit www.orchestreradio.ro.