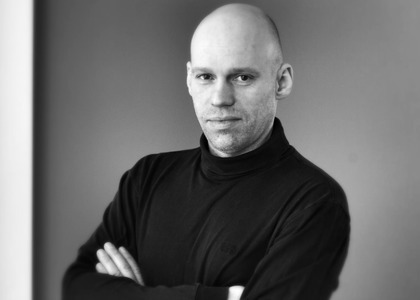 Schönberg & Wagner with the National Radio Orchestra at the Radio Hall

On Friday, February 2nd 2018, at 19:00, at the Radio Hall, the National Radio Ochestra proposes a repertory, unique from the ones we see on our concert stages, under the baton of conductor Julien Salemkour. The evening will open with Transfigured Night op. 4, by A. Schönberg, a work considered to be situated at the border between the Wagnerian harmony and the musical structures of the Brahmsian style.

The second part of the concert will introduce the second act of the work Tristan and Isolda by Richard Wagner, opera in concert, whose protagonists will be tenor Marius Vlad Budoiu, performing the role of Tristan, soprano Barbara Krieger, who will interpret Isolda, mezzo-soprano Aura Twarowska, performing Brangäne, baritone Daniel Pannermayr, as Marke, and tenor Adrian Dumitru, as Melot.

Julien Salemkour who has recently conducted the National Radio Orchestra, has collaborated with prestigious institutions of the international musical scene, such as the Metropolitan Opera in New York City, Teatro alla Scala in Milan, or the Berlin Symphony Orchestra, and with artists such as Daniel Barenboim, René Pape, Anna Netrebko or Rollando Villazón.

Considered to be the Romanian tenor with the richest repertory - which contains more than 120 titles - Marius Vlad Budoiu has performed in hundreds of concerts and shows in Romania and abroad.

Former soloist of the State Opera, soprano Barbara Krieger has performed on important stages in Germany and Europe, and she initiated in Dresda between 2007 and 2011 the series of concerts Classic Open Air, which has captivated a large audience and has been praised by the specialized press.

As soloist of the State Opera of Vienna, mezzo-soprano Aura Twarowska has performed until now in 400 spectacles, under the baton of famous contemporary conductors and has worked with soloists such as Anna Netrebko, Kiri Te Kanawa, Waltraute Meier, Sonya Yoncheva, Tamar Iveri, Patricia Ciofi, Nina Stemme, or Roberto Alagna, if it's to mention a few of the names.

Baritone Daniel Pannermayr has performed with Beethoven Orchester Bonn, Jena Symphony Orchestra, the Philharmonic of Dresda and Nürnberg Symphony Orchestra and between 2015 and 2017 she has been a member of the Bonn Opera ensemble.

Permanent collaborator of the George Enescu Philharmonic Choir since 2009 and member of the Nihil Sine Deo Choir, tenor Adrian Dumitru has received several awards at national and international canto contests and he performs in concerts, recitals and opera spectacles.

The concert will be broadcasted on all frequencies of Radio Romania Cultural and Radio Romania Music in the country and live streamed on the internet on www.radioromaniacultural.ro and www.romania-muzical.ro.

For more information about the Radio Orchestra and Choir please consult the site www.orchestreradio.ro.