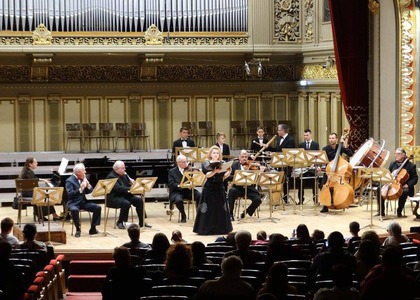 With the occasion of the 100th anniversary of the Union of Bessarabia with Romania, a concert of music and poetry will be held on Saturday, the 24th of March 2018, at the Great Hall of the Romanian Athenaeum, at 18.00 o'clock. The concert will be performed by the Contemporary Ensemble, conducted by Marcel Spinei, during the "Marcel Spinei" Festival. The program will include works of composers such as the hieromonk Grigorie Bunu Aliatu, Dimitrie Cantemir, Dinu Lipatti, Olivier Messiaen, Nicolae Coman, Vladimir Rotaru (Bessarabia), Valentin Doni (Bessarabia), Vlad Burlea (Bessarabia), Ioan Dobrinescu and Marcel Spinei. The Armoniem Choir conducted by Marius Firca will also take part in the event organised right around Easter.

Tickets can be purchased from the ticket office of the Romanian Athenaeum.