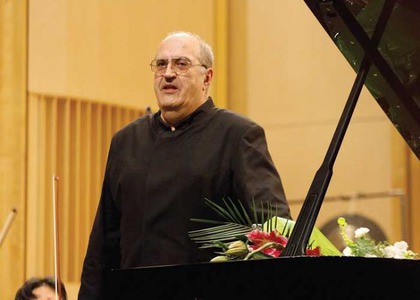 The "George Enescu" Philharmonic dedicates the concerts scheduled for Thursday, March 22nd and for Friday, March 23rd, 2018, to maestro Dan Grigore who celebrates in 2018 his 75th birthday anniversary and 60 years since he made his debut. The renowned pianist will perform at the Romanian Athenaeum at 07:00 pm and he will be accompanied by the "George Enescu" Philharmonic Orchestra, conducted by Misha Katz.

The general rehearsal, which will be open to the public, is scheduled for Thursday, March 22nd at 10:00 am in the Main Concert Hall of the Romanian Athenaeum. Ticket price is 15 lei. Public access is permitted until 9:45 am.

March 22nd, 10:00 am, Main Concert Hall of the Romanian Athenaeum

The Nutcracker Suite, op. 71a