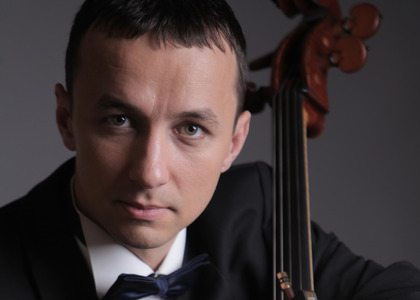 Together with the Radio Chamber Orchestra, Răzvan Suma will perform Haydn - Concerto No. 2 for Cello and Orchestra. Mozart said about Haydn, who is considered one of the most prolific composers of all time, the following: 'He alone has the secret of making me smile and touching me to the bottom of my soul'.

The event will take place under the baton of the conductor CRISTIAN OROŞANU, who has stood at the stand of some prestigious ensembles such as: the Orchestre de Paris (as part of the Aix-en-Provence Festival), Orchestre National Bordeaux Aquitaine, BBC Scottish Orchestra, Orchestre National Porto, Strasbourg Philharmonic, Brussels Philharmonic and many more.

During the concert, Radio Hall invites you to a meeting with one of Mozart's scores - Divertimento for string quartet or string orchestra in D major and two works created by the Romanian composers: Constantin Silvestri - Three Pieces for Strings and Paul Constantinescu - Concerto for String Orchestra.