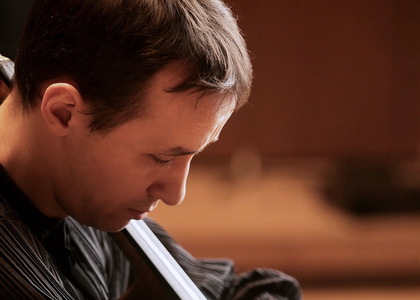 A piece rarely performed in Romania: the extraordinary Symphony No. 2 by Sibelius at Sala Radio

Symphony No. 2 by Finland's greatest composer, Jean Sibelius, an extraordinary piece rarely performed in Romania can be heard in concert on the 22nd of November (from 7 pm) at Sala Radio. Sibelius conducted his own work at the premiere back in March 1902 at the Helsinki Philharmonic, a colossal and immediate success after three sold-out concerts. The great composer said about his work: "My second symphony is a confession from the depth of my heart."

The special guest of the evening, Japanese conductor NAOTO OTOMO will lead the National Radio Orchestra. One of the most celebrated Japanese conductors, Naoto Otomo was taught by great masters, now legendary conductors: Seiji Ozawa, Tadaaki Otaka and Morihiro Okabe, and later on, while at Tanglewood University (Boston, the U.S.), he worked with André Previn, Leonard Bernstein and Igor Markevitch. The concert will start with the composition of Japanese composer Hideaki Haginomori: Four Seasons in Okinawa (a symphonic suite).

At the concert the audience will also meet again one of the most celebrated Romanian musicians: cellist RĂZVAN SUMA, with whom the audience got familiarized through his tours around the country, with such works as the suite "Do you like BACH?", "Do you like BRAHMS?" "Do you like TANGO?" and so on. He will perform a beautiful piece by Tchaikovsky, Variations on a Rococo Theme for cello and orchestra, a work which premiered back in 1877 in Moscow, the soloist at that time being German cellist Wilhelm Fitzenhagen and the concert was conducted by the famous conductor, pianist and composer Nikolay Rubinstein.