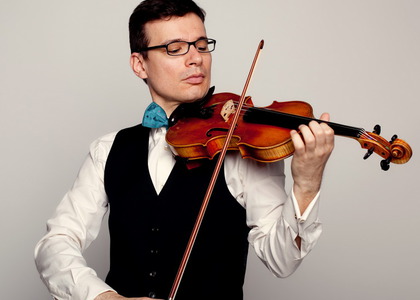 Concerto No. 1 for violin and orchestra signed by Dumitru Capoianu, the composer of Gopo`s Little Man`s music, interpreted by Alexandru Tomescu

Friday, 13th December at Radio Hall, the violinist Alexandru Tomescu - pleased for having the great honour to play the celebrated Stradivarius Elder-Voicu - will be interpreting along with THE NATIONAL RADIO ORCHESTRA, Concerto No. 1 for violin and orchestra, written in 1957 by the Romanian composer Dumitru Capoianu (1929-2012). Regarded by its author as being `the outcome of my faith that I owe something to the violin, which I have been playing since the beginning of my career`, the concert was described by the musicologist Corina Bura as `a music hard to define, plenty of effects, violonisticly attractive, equally combining lyricism and virtuosity`.