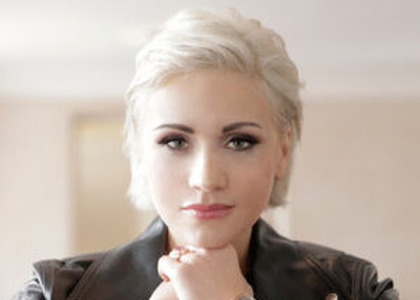 The Munich Broadcasting Orchestra celebrates its 70th anniversary on April 1st, 2022, a time marked by an anniversary concert on Sunday, April 3rd, at the Bavarian Prinzregententheater. The audience in the hall, but also we, the listeners, through the European Radio Union, will be able to watch the opera "La Wally" by Alfredo Catalani, in concert version.

On the occasion, the British Graeme Jenkins will be at the conducting desk, replacing Ivan Repušić, who retired due to health reasons (he is the one who had planned this musical evening). In the title role, we will listen to the soprano, Carmen Giannattasio.

The Bavarian Orchestra has an extremely big and diverse repertoire, in which the opera has played, especially since 1972, a major role. German instrumentalists sang with opera stars such as Lucia Popp, Anna Moffo, Mirella Freni, Nicolai Ghiaurov, and Piero Cappuccilli, the conductors performing in concert versions of both famous works and lesser-known titles to the general public.

Catalani's opera, for example, is rarely staged today, although one of the heroine's arias, "Ebben, ne andrò lontana", has become part of the soprano concert repertoire from the whole world, since Maria Callas and Renata Tebaldi period.The score was highly regarded by musicians such as Gustav Mahler, who had recognized other works by Catalani as valuable, and who referred to "La Wally" as one of the best Italian works. "La Wally" was very popular for Arturo Toscanini, one of the composer's close friends; the conductor even christened his first daughter Wally. Toscanini was also the one who directed, in 1909, Catalani's creation for the first time at the Metropolitan Theater in New York.

This work by Catalani was inspired by Wilhelmine von Hillern's successful novel "Die Geier-Wally", and had the first audition at the La Scala Theater in Milan in 1892, starring Hariclea Darclee. One of the reasons why it is so rarely present today on the posters of opera houses (especially outside Italy) is the difficulty of making the sets, as the action of the opera takes place in the mountains, in Tyrol, and ends with an avalanche. Then there would be a lack of impressive areas attributed to the tenor. Otherwise, I would say that "La Wally" has, beyond the musical qualities, and the fact that she copes with the current standards of feminism - the heroine is brave, she does not give in to the pressures of marrying a man she does not love, she is independent even before inheriting her father's fortune and does not need to be saved by any man - moreover, she is the one who saves her lover from death. Unfortunately, the end is a tragic one.

In Munich, this fifth and final opera composed by Alfredo Catalani (which was to be extinguished, prematurely, even in the year of its premiere) brings together on stage:

The artists perform in the company of the Bavarian Radio Choir and Orchestra. The choir is prepared by Stellario Fagone. At the rostrum is Graeme Jenkins.

I expect to hear a very beautiful version of the opera because the heroine's singer, soprano Carmen Giannattasio, is one of the most sought-after names of the moment. She shines on the international stage especially in the Italian repertoire, being able to be seen and heard in roles like Tosca, Mimì, and Norma.

I am waiting for you, therefore, on Sunday, April 3rd, 2022, from 20.00, at a special edition of the show Opera in reference interpretations.