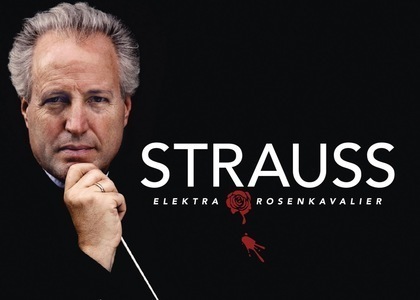 Friday, 13 January 2017 , ora 13.59
An album launched on 18th of November 2016, that features the Pittsburgh Symphony Orchestra conducted by Manfred Honeck, represents their sixth album signed by the Reference Recordings, known for the special technical quality of its productions, being awarded many times with the highest awards, such as the Grammy Award.

The disc contains recordings made during the live concerts that were held on 13th, 14th and 15th of May 2016 at Heinz Hall from Pittsburgh and an important attraction element is the repertoire: the first work is presented on a world premiere disc. It is about a suite from Richard Strauss` music opera Elektra, extracted by Manfred Honeck himself, in the Czech composer Tomas Ille's arrangement, the same composer with whom Honeck collaborated for the creation of the Suite from the Rusalka opera by Dvorak, presented on a disc launched on May 2016.

In the CD booklet, Honeck talks about the fact that he performed Elektra in the 80`s, as a member of Vienna State Opera, along with Claudio Abbado, and since then he appreciated that the role of an orchestra is a decisive one, considering it as being one of the most symphonic operas signed by Richard Strauss. It is to be noted also that the original score is created for a enormous orchestra of 110 musicians, which probably the creation of the suite of this opera made it very difficult to be created. Altought, Manfred Honeck and Tomas Ille dared to do this and this is how the suite of the Elektra opera was created, a symphonic work of an unquestionable quality and consistency, where are the most important moments of the original work, a performance that highlights this complex score.

Probably there is no other compatible pair on this disc for this suite than another suite by Richard Strauss, the one from the The Knight of the Rose. The two types of Richard Strauss: expressionism and neoclassicism are highlighted on this disc that is already considered by the international critics as "a must have collection by any lover of music by Richard Strauss." "Magnificent," it concludes.

Perhaps the references regarding the quality of the orchestra and of the conductor alleviated the weeks when the Pittsburgh Symphony Orchestra has been on strike: no more than two months in October and November 2016, the orchestra has not claimed any concert, for financial reasons. On September 8th, 2017, Pittsburgh Symphony Orchestra will be conducted by Manfred Honeck in Bucharest at the Enescu Festival and will perform, among other topics the Overture in Romanian folk character by George Enescu.