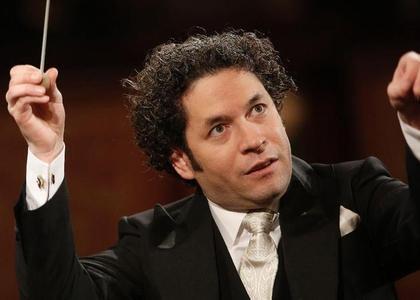 The New Year's Concert in Vienna, an international phenomenon

The New Year's Concert in Vienna took place for the first time on the 31th of December 1939. Until 1941, the concert took place during on the last day of the year, but from that point, the Vienna Philharmonic Orchestra set the tradition for this concert to take place on the 1st of January, a tradition that's still standing.

The list of all the conductors who have lead the Vienna Philharmonic Orchestra during the New Year's Concert is impressive, and I will only mention Herbert von Karajan, Lorin Maazel, Claudio Abbado, Carlos Kleiber, Zubin Mehta, Riccardo Muti, Nikolaus Harnoncourt, Seiji Ozawa, Mariss Jansons, and Franz Welser-Möst.

This event's renown is, without doubt, international. The New Year's Concert of 2017 was broadcast in over 90 countries and watched by as many as 50 billion worldwide viewers. Things have evolved to this stage ever since 1959, when Eurovision started broadcasting the concert. And from 1967, when the first colour relay was installed, the viewers have been able to admire the decorations made out of natural flowers in all their glory, as they adorned the Golden Hall of the Vienna Musikverein every year.

Even if the programme is somewhat standard, because it abounds in works composed by the Strauss family - Johann Strauss Sr. and Jr., Edward and Josef Strauss - a tradition with which any other event would risk a slow death, this is not the case for The New Year's Concert in Vienna. It looks as if the phenomenon lives and extends, as the organizers say, who are adding countries like Indonesia and Mozambique to the map of music lovers yearning to take part in this event.

The youngest conductor in the history of the event

Gustavo Dudamel became the youngest conductor in the history of the traditional New Year's Concert in Vienna. And what did this American of Venezuelan origin bring new? For sure, a fresh and energetic feeling, which transformed the historical event into a celebration full of joy and tones of fiesta.

Of course, Gustavo Dudamel wasn't a risky unknown factor for the organisers. It is known that the conductor Gustavo Dudamel has skilfully conducted the Vienna Philharmonic Orchestra, for the first time during the Lucerna Festival in 2007. And, at the same music stand of the renowned ensemble, he has conducted the famous Summer Night Concert Schönbrunn in 2012, and in 2014 he conducted the orchestra in its Japan tour.

For the New Year 2017, Gustavo Dudamel also proposed a few compositions never played before at this event, like Pepita-polca, Op. 138 by Johann Strauss Jr., but also Emile Waldteufel's Skater's Waltz. Alongside the atmosphere with which I think you are already familiar from the live transmission broadcast every year by Radio Romania Muzical, on the album dedicated to this event one can remark the sound quality, which improves every year.

These are some of the arguments with which I hope to convince you to listen to CD Review (11:30), in three episodes, broadcast from the 15th to the 17th of March.