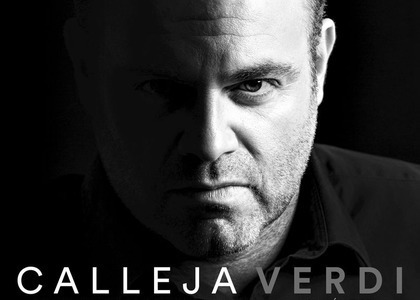 Joseph Calleja returns on the CD market with a Verdi album, released on February 2nd

Currently one of the most famous tenors in the world, Joseph Calleja returns on the CD market with a Verdi album, officially released by Decca Classic on February 2nd. As usual, we are on the spot and will be presenting the new CD during the week February 19th-23rd 2018 during the segment Opera and Its Stars of the show Arpeggio, Monday to Friday, starting from 11.00.

The new CD explores heroic tenor arias from Verdi operas such as Aida, Don Carlo, Il Trovatore, La Forza del Destino and Othello, featuring soprano Angela Gheorghiu and baritone Vittorio Vitelli. The singers are accompanied by the Valencia Municipal Orchestra, conducted by Ramón Tebar. Fans of Calleja have already waited five years for the release of a new disc; Amore, the CD before this one, was released in 2013, after the recording of Simon Boccanegra.

The Maltese tenor has an old relationship with Verdi's music: when he was only 19, he made his debut in one of the Italian composer's operas - Macbeth, where he sung Macduff. On Verdi, Calleja performs parts the he hasn't yet sung on stage. The CD features famous arias and duets such as "Di quella pira" and "Ah! Sì, ben mio…" from Il Trovatore; "Già nella notte densa" from Othello; and "Celeste Aida" from the opening of Verdi's Egyptian opera.

Born in Malta in 1978, Joseph Calleja started singing when he was 16, first in the choir of a church, then by studying canto with tenor Paul Asciak. Years later, he became one of the main figures of his small native country - in 2012, he was its first cultural ambassador. His strong voice and timbre reminiscent of last century's artists have had critics compare him to legendary singers such as Jussi Björling, Beniamino Gigli and even Enrico Caruso. The Maltese artist is the winner of the Caruso Competition in Milan (1998) and of the nominees of the Operalia competition (one year later). Nowadays, he performs on all the great opera and concert stages of the world. In the next months he can be seen and heard at the Monte Carlo Opera House in Gounod's Faust, at the Bavarian Opera House in Verdi's Macbeth and then in Boito's Mefistofele.