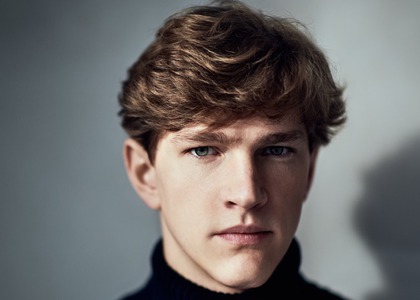 The record, released on the 1st of February under the Deutsche Grammophon record label: pieces by Felix Mendelssohn, played by the Polish-Canadian pianist Jan Lisiecki. This is the fifth record released by the 23-year-old pianist under the yellow logo of the famous German record label. He explored repertoires by Mozart, Chopin and Schumann. In 2019 Jan Lisiecki explores Felix Mendelssohn's universe - two concertos for piano and orchestra and pieces for solo piano; listening to Lisiecki's recordings, I thought it is a pity that we don't listen to Mendelssohn's concertos for piano and orchestra more often, it's true, they are much shorter than the great romantic opuses, but they offer the soloist and the audience just as much.

The record is entirely dedicated to Felix Mendelssohn's music, and the protagonist, Jan Lisiecki, insists on the order of the pieces just as they are organized on the record. No detail is overlooked by this extraordinary pianist. Born in 1995 to Polish parents as a Canadian citizen, Jan Lisiecki was a real prodigy. He started playing piano when he was five years old; at nine, he performed his first concert. His advancement was unusual, because he didn't make a name for himself on the international stage by the prizes he won in competitions, but by his recordings. In 2010, the Fryderyk Chopin Institute in Warsaw drew attention to one of his recordings of Chopin's concertos, which he did when he was 13-14 years old. The impact it had was amazing, the international critics praising this incredibly mature and sensitive pianist. A year later, at 15, Jan Lisiecki signed a contract with
Deutsche Grammophon - all his records were considered remarkable editorial events. At the same time, he performed all over the globe in some important international venues, collaborating with some of the most important conductors and orchestras in the world. In 2016 he debuted at Carnegie Hall in New York, convincing the harshest American critics of the "extraordinary sensitivity of his performance".

I remember the enthusiasm with which I listened to Chopin's études, recorded by Lisiecki when he was only 17 years old. It seemed impossible that such a young pianist could perform so close to perfection - technically and artistically. Since then, Jan Lisiecki improved his performance, as is evident in his interpretation of Felix Mendelssohn's Variations sérieuses.

If you listen to the record, in the recording of Concerto No. 1 you will hear the special sonority of the solo instrument: and that is true, because Jan Lisiecki performed on a fortepiano. Mendelssohn's concertos were recorded during a concert in Warsaw on the 22nd of August 2018, during the "Chopin and his Europe" festival. You can also hear the audience on that recording. The solo piano pieces were recorded by Lisiecki the next day, the 23rd of August 2018, in the Polish Radio studio.

On August 22nd, the pianist performed together with the Orpheus Chamber Orchestra from New York without a conductor - the instrumentalists being compelled to listen to each other more closely than is the case in a normal orchestra. Naturally, small coordination mishaps can always happen – and indeed it happened in this concert as well. In this live concert, the soloist showed his extraordinary abilities - his technique, extraordinary musicality, and exceptional ability to communicate with the audience - so much emotion, especially during the second parts of Mendelssohn's concertos.

Seven years passed in between the composition of the two concertos for piano and orchestra by Mendelssohn - the second concerto is darker, more hectic.

The last two pieces on the Mendelssohn record are Rondo capriccioso op. 14 and Venetian Gondola from Songs without Words. A poetic performance from one of the most important pianists of our time.