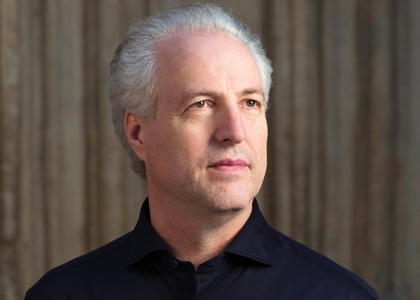 An album launched on the 23rd of August, part of the Fresh series proposed by the Pittsburgh Symphony Orchestra conducted by Manfred Honeck -series already nominated several times for Grammy Awards for its artistic and technical quality,which won two prizes in the 2018 Grammy Awards for the disk which included Shostakovich's Symphony No.5.

This time, we have Anton Bruckner's Symphony No.9, his last symphonic composition, which is still unfinished - Bruckner hasn't composed the fourth part of this work anymore. You are going to listen to parts of live concerts held between the 23rd and the 25th of February, 2018, at the Heinz Hall in Pittsburgh. The CD's booklet contains, just like it always does in the case of Manfred Honeck, a thorough analysis of the work, of its historical context, as well as the conductor's view on the performed opus.

Many of the versions offered by Manfred Honeck can be seen as true models for the interpretation of the approached things - it is also the case of Bruckner's Symphony No. 9, a composition with a special significance, with a tension that Honeck knows how to masterly shed a light on.

This is because Symphony No.9 is a philosophical meditation of a believer in front of death - especially in the grand third part, which Honeck thinks of as being built based on the pattern of the Catholic traditional liturgy. Bruckner was a profound believer, and Manfred Honeck certainly is a believer, too, or at least this is what he has told me in an interview I took in Dresden in 2012. This idea of faith is being transferred to the interpretation of this work: I have never heard those moments of tension having this specific meaning in any other interpretations, the music carrying the listener to another world, and eventually becoming a transcendental act.

The audition of this recording implies a particular state of mind: it requires concentration, silence, a state of meditation, which may be considered a luxury during these agitated and extremely fragmented times we live in.

However, it's a self-investment - one hour of music which shapes the meaning of a passing existence, that can find its way to fulfillment in a world we can only dream of.

Anyway, an exceptional success: if you were to choose a single interpretation of Anton Bruckner's Symphony No.9, it should be this one - the Pittsburgh Symphony Orchestra conducted by Manfred Honeck.

The album can be listened to at Radio România Muzical on Monday, the 14th of October, at 7 p.m.