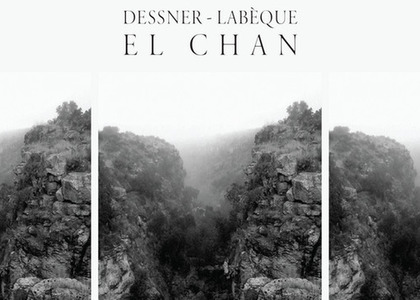 Sisters Katia and Marrielle Labèque came up with a new album that consists of works signed by the American composer Bryce Dessner, which was released on May 3, 2019, under the Deutsche Grammophone logo. Bryce Dessner, a name well-known to indie rock fans, is a member of the group "The National," he is a Yale University graduate from Connecticut and a passionate composer of classical music. This kind of versatility surprises, especially with the performances and the level reached. The American band "The National," in which Bryce Dessner is a guitarist, already has a Grammy Award in 2017 for Best Alternative Music Album - "Sleep Well Beast." In the field of contemporary music, Bryce Dessner has made a name for himself, a prestigious one, through a catalog of orchestral and chamber works led by large orchestras - Los Angeles Philharmonic, Ensemble InterContemporain, Metropolitan Museum for New York Philharmonic, Kronos Quartet, Barbican Center in London, Ballet in New York, Festivals in Sydney, Edinburgh and more. It's truly amazing!

About Bryce Dessner, Steve Reich says he is "an important songwriter with a developed technique and an intense emotional voice - the voice of his generation." He was born in 1976, began studying classical guitar, held recitals, and, at the same time, started a rock band with his brother. He was told he couldn't do both, but as he stated in an interview, he considered this perspective wrong. "One day, these different experiences will be richer and more rewarding than just choosing one road."

This is exactly the phenomenon we are witnessing. Together with all the institutions and ensembles already mentioned, sisters Katia and Marrielle Labèque asked Bryce Dessner to perform a Concert for two pianos and orchestra, completed in 2017 and performed for the very first time a year later. The moment has come to immortalize this concert on the disc, in the presence of the Paris Orchestra, conducted by Matthias Pintscher. Exactly what we are listening to now - spectacular music from all points of view. Tte captures the rhythms of a surprising variety, the colors, the way of treating the reasons, the construction of the whole, alive, intense, provocative. You cannot remain indifferent to the music of Bryce Dessner, who fully understands the idea of ​​virtuosity, incisiveness, a performance that a concert implies. And everything is so modern, so current, and it is post-minimalism elaborated and accessible at the same time.

The "El Chan" album contains only works signed by this American composer, especially for the Labèque sisters, whom he considered to be family from the moment he moved to Paris. This is not their first collaboration. I remind you that the song "El Chan", a Suite for two pianos composed in 2015, which the two pianists presented in their tours, is also included in this album, along with the song Haven, for two guitars and two pianos. This song, with those more visible minimalist features, is perhaps the one that draws the most closely and actually captures the musician's so different concerns.

Bryce Dessner - a huge artistic intelligence! It is true, after hearing a piece for the very first time, the music captures you to such an extent that the impulse is to speak primarily about the composer. Of course, the two pianist sisters have demonstrated their artistic valence on countless occasions, and now they complete this image of excellence. But with the unique surprises they offer, Bryce Dessner gets all the attention. I quote from a chronicle published on the ResMusica site: "After all the experiences of the artist, indie rock, folk, jazz, classical music, he can only be the 21st century Renaissance character, and "El Chan" proves it".