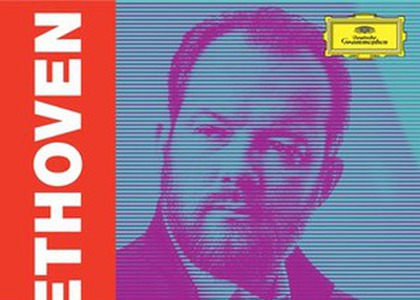 A new cycle of the Beethoven Symphonies is offered by the prestigious Deutsche Grammophon record label, determined to show the stature and creation of the Bonn Titan in 2020more than ever, when the music world celebrates 250 years since his birth. Therefore, he signed a contract with conductor Andris Nelsons to perform a new integral at the Vienna Philharmonic Orchestra a while ago. The experience of the ensemble on this occasion is impressive, as it is often stated, the orchestra can play the Symphonies with no a conductor, holds all historical data, all the testimonies of legendary names in conducting art - and here we mention Wilhelm Furtwängler, Herbert von Karajan, Leonard Bernstein, Carlos Kleiber, Georg Solti, more recently, Claudio Abbado, Simon Rattle or Christian Thielemann.

The question is neither recent or rare - why record a new cycle of these symphonies, as long as there are already so many legendary versions? In this case, the anniversary would suffice, which since the fall of last year has captured all the attention of the musical world. Including this new record release officially launched on October 4th, 2019, after already in May conductor Jukka Pekka Saraste proposed his own version with the WDR Symphony Orchestra Cologne. But in this competitive world, with so many options nobody seems to be able to say - it's enough. There is always more room, there is always hope that another great conductor is even more initiated in what seems to be hidden in this art, holds the key to what the composer initially intended when creating his work.

As such, several editions in a row we will be delightedby this new version by Andris Nelsons, who declares himself very honored and privileged for the invitation to conduct the Vienna Philharmonic Orchestra. We start with the Symphony I in D major - with a very energetic and deeply Beethoven part I, eliminating any allusion to the style of the Viennese predecessors. It is followed by Andante cantabile con moto, in a fluidly laid tempo equal to an impeccably homogenized chord compartment, making widely arched phrases in a deep legato. The minuet is articulated in a very fast tempo, almost stormy, so that the end can conquer everything through energy and exuberance. In a few words, it is a new opportunity to admire the sound of the Vienna Philharmonic Orchestra.

We owe memorable versions of the Beethoven repertoireto this impressive orchestra. What are the intentions of Andris Nelsons, principal conductor of the Gewandhaus Orchestra of Leipzig and of the Boston Symphony Orchestra, in front of the Vienna ensemble? "To interpret the Beethoven Symphonies is a great opportunity, a responsibility and a challenge, but in the end, it is not about me, as a person, it is about the genius and universal quality of Beethoven's music that speaks to each individual. Of course, I have to have a vision and our task as musicians is to find a fulfilling way to present Beethoven's ideas to the listeners, but this will forever be very subjective and deeply personal. "

Symphony No. 3 "Eroica" - one of the most impressive scores of Beethoven in memory of a hero. Andris Nelsons seems to be choosing a middle ground here. We have neither the excessively fast tempo proposed not many years ago by Sir Simon Rattle at the desk of the same orchestra in his approach, perhaps with more grace and more expressive, nor Claudio Abbado's beautiful and deeply polished singing. Andris Nelsons, balanced and proportionate, tells the story of this symphony like an experienced narrator, fascinated by the text he interprets, without feeling the load of previous versions. The style of historical interpretations (Nikolaus Harnoncourt) or the consecrated ones we have already mentioned are already recognized. A reporter from Grammophone magazine even exclaims: "How invigorating is the fact that Andris Nelsons does not come to Beethoven's Symphonies with any visible, perceptible line of interpretation to be dissected!"

After a massive and imposingly exposedfirst part, he proposes an interpretation of the Funeral March with an obviously romantic color, crossed by a dramatic axis withimpressively rendered accents and culminating moments. I refer in this context to the inner support, so that the energy explosion, intuited even in the piano passages, will instantly conquer the auditory field in Scherzo - part III, rendered with bright clarity and virtuosity, and with tempo differences in the Trio, explainable given the difficulty of the passages for the horns. The end is distinguished by the specific luminosity and the monumental character.

Updated and appreciated by specialized critics (quite demanding with this new integral), there is also Symphony No. 8 in F major, Op. 93, which receives a bright scope, spirit and presence. The conductor makes us forget that it is not one of the most frequently performed Beethoven symphonies. Once again I bring to your attention the absolutely exceptional sound of this Viennese orchestra, beyond the huge prestige that remains unaltered, with this recently released record.