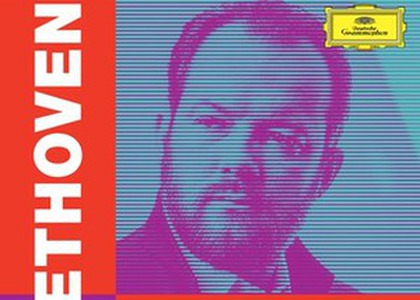 `This is not my vision, it is Beethoven`s vision regarding the world` - a statement made by the conductor Andris Nelsons in front of the video cameras on the subject of the new compilation of the Symphonies of Bon Titan which he recorded while conducting the Philharmonic Orchestra of Vienna. This is a CD released under the label of Deutsche Grammophon, at October 4, 2019. I will begin by presenting you with the Symphony no. 2 in D major, op. 36, the first to propose a Scherzo instead of a Minuet. It is splendidly performed, like a light gasp of air, by the Latvian conductor and the Philharmonic Orchestra of Vienna. The sensation rendered is one of an act which is so concentrated and reduced to its essence that the 34 minutes of the performance pass by without you noticing. This opus seems to update, more than anything else before, the principles of `Sturm und drang` (Storm and wind). It is defined by advanced, revolutionary expressions which instantly catch your attention, with a feeling of grandeur and energetic emotion. The tone is clear, vigorous, emphasized, without any trace of dark shadows. The Scherzo players will also catch your attention with their splendid performance. It is one of the best Beethovenian symphonies included in this compilation.

Symphony no. 4 in B flat, op. 60 is next in our review. It is an interesting fact how, during an interview, the Latvian conductor describes himself as a rather shy character who prefers to sit in a corner. He doesn`t structurally correspond with the position of a conductor who leads or wants to stand in front of the orchestra. In return, he identifies the act of conducting with the act of painting, like he is standing in front of a canvas and paints. And yet, the painting is already finished, so as a conductor, he has the opportunity to encourage and recreate what has already been written down by the composer. Suddenly, we are listening to the music in a different way. A recreation of the Symphony no. 4 , equally tempestuous for the first part, debuting with an Adagio that gives nothing away about what is coming next. The playful nature or the image offered by Schumann - `a svelte Greek maiden between two Nordic giants` is taking longer to emerge. In exchange, there is a tendency to also place this symphony among the other great ones mentioned - Symphonies 3 and 4. The second part is looming through long phrases, closely connected to each other, with an equally natural and monumental lyricism to it. Part III is also explosive, a minuet in some editions, only Allegro vivace in Beethoven`s view, which once again transforms the old dance in a lively, contrasting Scherzo, interpreted by the Viennese Philharmonics in a rakish, energetic manner, with a flawless sonority following each piece on its own, but also the entire composition as a whole. The final part, a perpetuum mobile in the critics` view, unfolds in the splendor we were expecting from an ensemble and composition of this kind. As conductor Andris Nelsons states, they feel fortunate for the chance to communicate with the audience through Beethoven`s music.

Naturally, all expectations are moving towards the Symphonies 5 and 9, the most common performances on disc or on stage. The expectations are huge, that`s why the conductor faces a difficult mission by having to step in the shoes of some great masters of the baton and give life to some spectacular compositions. What is Andris Nelsons proposing to the audience? A tooth and nail battle with the destiny`s whims - I am referring, of course, to the Symphony no. 5, op. 67 in C minor, a massive, almost destructive composition which was given the greatest attention to details and also kept between the given coordinates. Lastly, the conductor also wanted to shatter any doubt regarding the fact that the Viennese Philharmonics is the orchestra founded for the special purpose of performing Beethoven`s music.