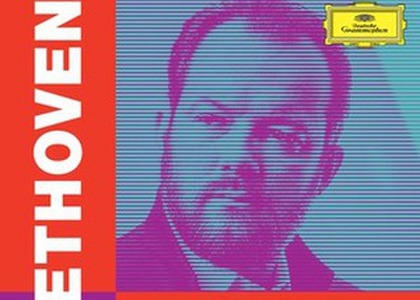 We are approaching the end of this magnificent adventure - there are no other words that could describe playing Beethoven's nine symphonies, an integral proposed by Deutsche Grammophon Record Label, to celebrate the 250th anniversary of the German composer. The Vienna Philarmonic Orchestra and the Latvian conductor Andris Nelsons were chosen as protagonists. The orchestra has a strong tradition in interpreting Beethoven's symphonies, while the conductor was invited to share his experience, declaring himself honoured and privileged at having this opportunity.

It is the fourth and last edition I will dedicate to this subject.Symphony No. 9 in D minor, Op. 125 with a choir is part of this edition, the last composition in a genre he mastered like no other, forever changing the sound of classical music with his vision. The intro takes you by surprise because of its monumental, engaged, demonstrative and slightly aggressive nature. It resembles the feeling that grips you upon entering a medieval church, that oppressive feeling upon observing its verticality striving towards infinity, the walls that seem to oppress you with their weight, all the while being acutely aware of the image of the Last Judgement. It is not only destiny that appears vengeful, but the entire universe speaks of your demise.

The same atmosphere is found in the second movement, where a Scherzo (the main theme) is being interpreted as a military march, measured, relentless and definitive, with only the Trio to take away some of its sternness. In the third part - Adagio molto e cantabile, inner harmony is established, highlighting the melodic fluidity through its long-drawn phrases, in a powerful and high legato. Andris Nelsons chose to interpret it as a choir gradually finding their inner voices and directing them towards the peak of the symphony.

But the main attraction is undoubtedly the fourth movement - "Ode to Joy", with its variations, described by critics as "symphony inside a symphony", interpreted now by the "Wiener Singverein" Choir and by soprano Camilla Nylund, mezzo-soprano Gerhild Romberger, tenor Klaus Florian Vogt and bassist Georg Zeppenfeld.The theme, for the first time presented with a subversive feeling of muted double bass, is taken over by cellos, violins and gradually by the whole orchestra. Everything flows along the same intensely legato lines assumed internally, which is an integral feature of this integral. The intensity grows gradually, threateningly, until bassist Georg Zeppenfeld enters the stage, followed by the intervention of the choir.In this version, we can find the initial meaning of the lyrics written by Friedrich Schiller - "You millions, I embrace you! /This kiss is for all the world!" and "Joy, bright spark of divinity". We find them against the backdrop of a very alert tempo, a fortissimo sound and an atmosphere that keeps us in tension. The choir emphasizes the intensive and incisive lyrics and the singers gradually blend their voices. I think it is a version that clearly expresses the hectic times and the aggressive age we live in.

We will undoubtedly remember the highlights of this new Beethoven integral, the first two Symphonies, Symphony No.4, Symphony No.6 "Pastoral" and Symphony No.7, the wonderful sound of one of the most valuable European orchestras, and that this music was created in our time, believes conductor Andris Nelsons.