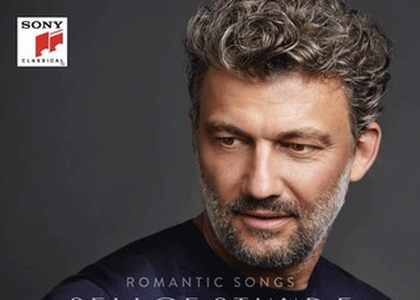 "SeligeStunde - The Blessed Hour", lied by Alexander von Zemlinsky, is the song that gives the title to the album signed by tenor Jonas Kaufmann and pianist Helmut Deutsch for Sony, album released on September 4th, 2020.

Here is the first pandemic album of the famous German tenor, which some critics consider even the best recital album of Jonas Kaufmann. There are lieds from Mozart to Mahler, recorded by Kaufmann with pianist Helmut Deutsch during the quarantine period of this spring, in private spaces. In fact, it is known that the sound of the piano is different from one recording to another or that perhaps it should have been better tuned. But yes, beyond these minor aspects, we are in front of a wonderful recital album, with lieds performed by two masters and a tastefully chosen musical selection, having in common love and a nocturnal feeling, in most cases. It is an album to listen to in the silence of family evenings that will come in the coming months, affected by the same virus that has upset the life of the entire planet.

It is felt in the interpretation proposed by Jonas Kaufmann what many of us experienced in the spring of 2020: withdrawal from the hectic world, reflection on an inner world, maybe even the rediscovery of a lost self in the rhythm of a stressful life and rediscovery in love and hope.

We observe on the album "Selige Stunde - The Blessed Hour" some well-known works, but also small jewels almost unknown to the general public, such as the lieds of Friedrich Silcher and Carl Bohm. Kaufmann knows how to perfectly dose the vocal timbre and the interpretation for the chamber genre - an extraordinary expressiveness, supported by the carefully constructed discourse of a tailor-made accompanist.

"Selige Stunde" - an album like a balm for the soul.