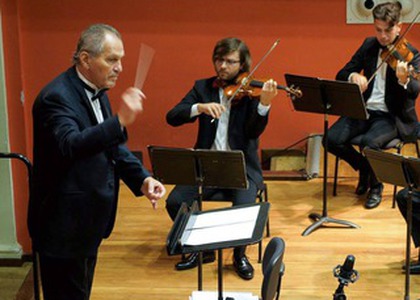 The Romanian Youth Orchestra returns to the public's attention with an extraordinary online concert that will be broadcasted in honor of the German Presidency of the Council of the European Union and the National Day of Romania. Registered at the Romanian Youth Palace, the concert of the Romanian Youth Orchestra, conducted by maestro Cristian Mandeal, will include: Three pieces for string orchestra by Constantin Silvestri, Romanian Serenade and Peasant Dance for cello and orchestra by Constantin Dimitrescu (soloist Ştefan Cazacu), violin ballad and orchestra by Ciprian Porumbescu (soloist Alexandru Tomescu), Romanian Games by Sabin Păutza and the Second Symphony in D major, op. 36 by Ludwig van Beethoven.