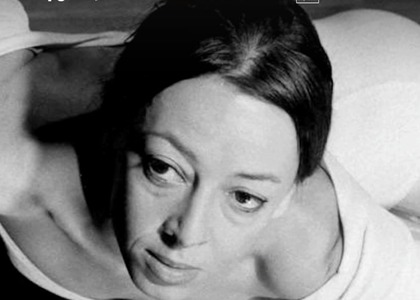 The first event revives into the memory of the ballet enthusiasts, the career and life of one of the most famous first ballerinas in the history of the country's first lyrical scene, Irinel Liciu.The documentary "ABIS" will be broadcast on the Facebook page of the Bucharest National Opera on Monday, February 22nd, 2021, starting with 7 pm.

During these 100 years of full activity, Bucharest National Opera House has been a central element in the cultural and musical life, setting a general standard for the understanding of the art.

For two decades, between 1950 and 1970, Irinel Liciu was the first ballerina of the Bucharest National Opera House.

Over the years, manyexceptional artists have performed on the stage of the Bucharest National Opera House. Theirperformances were brilliantlyand to this day they remain hard to match. Among these artists, Irinel Liciu, the illustrious ballerina, has an unique place: the lyrical characters- portrayed with great finesse and dedication and played with deep involvement are still graved in the souls of those who had the joy to applaud her in exceptional performances - either as Maria from "The Fountain of Bakhchisaray", as Tai Hoi from "The Red Poppy", as Swanilda from "Coppélia", as Parasa from "The bronze horseman" or as Odette-Odile from "Swan Lake" and many more. Her performance in the "Swan's Death", which combines grace, despair and poetry, being at the same time the embodiment of sadness and expressiveness, will forever be in our memory.

The recording of the documentary will be available on the official Facebook page of the institution, on the link https://www.facebook.com/operanb.ro; being accessible to the public only during its broadcast.