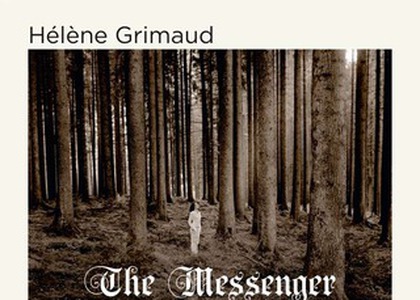 On October 3rd, the Deutche Grammophone label launched the newest record under the name of the pianist Helene Grimaud - The Messenger. An album that includes works by Wolfgang Amadeus Mozart and ValentynSilvestrov, recorded right in Salzburg by Helene Grimaud and the Camerata Salzburg, on January 27th, 2020, on Mozart's birthday.

In 1996, ValentynSilvestrov, an Ukrainian composer born in 1937, composed the song The Messenger, which inspired the name of album we are listening to today. A contemporary reinterpretation of Mozart's music - messenger of a world we look at now as a lost paradise.

This album is also titled The Messenger, an album which contrasts the music of Wolfgang Amadeus Mozart and the music of Valentyn Silvestrov, whose neoclassical universe includes style elements derived from Mozart's music.

It is an album loaded with melancholy and hope - not by mistake, Helene Grimaud presents on this record three out of the few piano works Mozart wrote in minor tonality. The most know out of them: Concerto No. 20 in Re minor for the piano and orchestra. We can feel in Helena Grimaud's interpretation the frailty but determination of the Mozartian spirit, aspects we all experience in the face of the challenges this so atypical year 2020 has brought.

Twenty years ago, in 2000, I was presenting on the Musical Romania Radio, an album with a theme similar to the one put forward by Helene Grimaud today: After Mozart by Gideon Kremer and KremerataBaltica Chamber Orchestra, album which won a Grammy award in 2001. Works by Mozart, joined by opposites inspired by Mozart, amongst which, The Messenger by ValentynSilvestrov. It was the first time I encountered the music of the Ukrainian creator, age 83 today, considered one of the most important contemporary composers on an international scale, on the same stylistic wave as Arvo Part, for example. Between 2001 and 2002, ValentynSilvestrov worked on a piece for a piano solo, which today has a version for the piano and the string orchestra too: Two Dialogues with postscript, also present on the record under the name of Helene Grimaud and the Camerata Salzburg.


A pianist out of the ordinary, environmental activist, with an impressive artistic biography, Helen Grimaud got us used to her concept albums - Memory, Water- which appeared in 2018 and 2016. After recording the big concert repertoire, Helene Grimaud gravitated, in the last years, especially towards some ideas she wanted to express which reflect her in the entirety of her preoccupations. Thus, she combined the consecrated repertoire with the contemporary neoclassical and neonatal repertoire, such as the one belonging to ValentynSilvestrov, composer which she also tackled on her previous album, Memory.

Now, Helene Grimaud returns to Mozart, to introduce us to the thoughtful Mozart, so far away from the image of a childish and frivolous Mozart, maybe falsely created by the movie Amadeus. Fantasia KV 475 in Do minor is another proof of the maturity and the genius of this providential man from the human culture.

Mozart and ValentynSilvestrov, two composers compared by Helene Grimaud on this album. Silvestrov, with a musical piece in which the Mozartian sound is reminisced - the messenger from a paradisiac word, sent on earth for only 35 years, so now, after centuries from his disappearance, we are still able to enjoy the light and soft touch of his music.