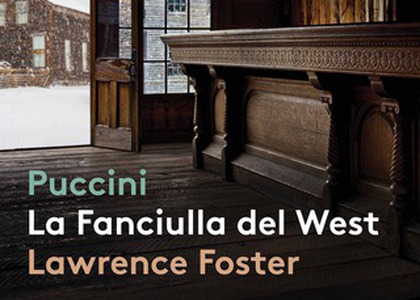 Album for the first time, released on February 12th, 2021

The latest record version of Giacomo Puccini's splendid work, La Fanciulla del West, is performed by the Choir and Orchestra of the Transylvania State Philharmonic from Cluj Napoca, under the direction of Lawrence Foster. The cast is international and has in one of the main roles, that of Dick Johnson, the tenor Marius Vlad Budoiu (or Marius Vlad, as he is known in projects outside Romania). He is joined by soprano Melody Moore (Minnie) and baritone Lester Lynch (Jack Rance). The album was released on February 12th , 2021 by Pentatone and was presented to you for the first time in the show Opera in reference performances.

The album was very well received by critics.

Mark Pullinger of the British publication Grammophone especially appreciated the Romanian ensembles: "The fact that this new version can be compared to the one made in 1977 for Deutsche Grammophon by the London Royal Opera Orchestra and Zubin Mehta is largely due to the Cluj Philharmonic Orchestra and conductor Lawrence Foster. "