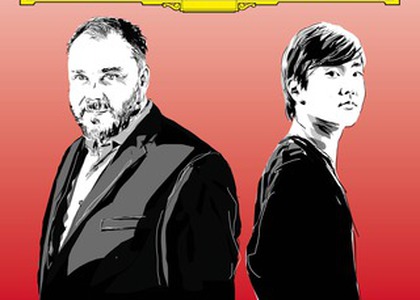 There is a late romantic universe on this album and it is a rather rare opportunity to listen to lieds, a repertoire option quite rarely approached by record companies today. There is a dark shaded universe, for which Matthias Goerne finds the right tone - especially in the lieds more often sung, composed by Richard Wagner on the lyrics of Mathilda Wesendonck. Here Goerne opts for a vision more outstanding than in other interpretations, with many details and a very grave and warm sound. Seong Jin Cho's piano follows with intuitive attention any interpretive intention of the soloist. He surprises especially with the beauty of the piano shades and the numerous colors he manages to create.

On this album, we find lieds by Hans Pfitzner, a real repertoire feast, as Pfitzner's lieds are rarely sung. This happens because the list of his creations began to be analyzed in more detail only in the1990s, when the echoes of complicated relationship between Pfitznerand the Nazi regime began to fade. Hans Pfitzner was a contemporary of Richard Strauss - he lived from 1869 to1949; his characteristic music language is romantic and postromantic, as he describes himself as an anti modernist. He wrote operas, symphonic works, chamber music, choirs and lieds for voice and piano - the latter stand for a significant part of his creation. When we listen to them, we recognize an atmosphere resembling the one of Brahms. Actually, in the selection on this record you will find lieds composed between 1880 and 1890, when Brahms was still alive.

Matthias Gorne is an authority in the field of lied interpretation in our time. Therefore, he recorded the integral works of Franz Schubert's lieds, which were warmly received internationally. His collaboration with Deutsche Grammophon is of a recent date: his first record was released in March 2020, with Beethoven lieds recorded with another young pianist, Jan Lisiecki. The album received several international awards,including Diapason d'or and nominations for awards Echo and ICMA.

In fact, both albums Beethoven and Im abendrot were recorded in the same period of time, in July 2019. It was an effort for this great singer who uses a wide range of expressive nuances and an obvious professionalism in approaching the lied, which is a genre that amplifies all the strengths, but also the imperfections in a singer. A pianist who excels in the solo repertoire - South Korean Seong Jin Cho, wonderfully accompanies Matthias Gorne this time.