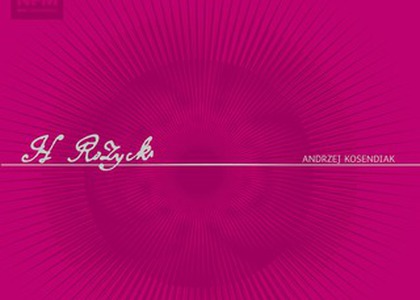 For the first time on Radio Romania Musical, I present you an album dedicated to the Polish preclassical composer Jacek Różycki. In the form of a double CD, it was released on March 19that CD Accord. A historical recovery, made by the Wrocław Baroque Ensemble led by Andrzej Kosendiak, of Jacek Różycki's creation, which was thus fully recorded, for the first time in the world. Born in 1635 into a wealthy family, Jacek Różycki was a chaplain at the court of four Polish kings, working mainly in Warsaw and Dresden. With such a status it's easy to assume that Różycki's work was vast, but everything that could be recovered and even reconstituted could be included on only 2 CDs with hymns and motets. Even though he was a personality of those times, his work was not printed during his lifetime, so only the manuscripts of some religious pieces have been preserved, as well as the information that there was an instrumental creation. In the second half of the 17thcentury, Poland was engaged in a series of wars, so that the times were not conducive to culture, and today it's difficult to reconstruct the musical life of that period. The year of JacekRóżycki's death is uncertain, 1703 or 1704, but it's certainly known that during his life he had financial problems, the Kings delaying the payments of him and his musicians; the Polish royal house paid its last debts only in 1717, the money reaching the composer's descendants.

The creations of the Polish preclassical composer included on the album date from around 1670, bear an obvious influence of Italian music and are recorded for the first time. This is due to Andrzej Kosendiak, conductor and director of the Witold Lutoslawski National Music Forum in Wroclaw, founder of the Wrocław Baroque Ensemble. Passionate about early music, especially Polish music, Kosendiak founded several profile ensembles, such as the Wrocław Baroque Ensemble; it was founded in 2012 and has a number of albums with baroque music, focusing on that of Polish composers, holds national awards and participates in European festivals. The ensemble specializes in performing the still unknown repertoire of Central Europe - early, renaissance and preclassical music.

We find religious hymns whose structure is influenced by Protestant music and for which the conductor Andrzej Kosendiak preferred an extended orchestra, so that the pieces could have a proper interpretation in concert halls; however, for an authentic sound, in some of them he kept the men's quartet with organ accompaniment open.

I can only admire the idea of ​​recovering Jacek Różycki's works, appreciate the quality of the compositions that reveal the value of Różycki, the quality of the sound of this album, as well as the interpretation of the songs. The album is accompanied by an excellently made brochure, which gathers all the information identified by researchers about the life of the Polish composer, with a detailed description of the historical context.

Launched in March by CD Accord, Jacek Różycki's album includes the entire creation of the Polish pre-classical composer, recorded for the world premiere. The album is included in the "Discs of the Year 2021" project, to be watched on our website, românia-muzical.ro