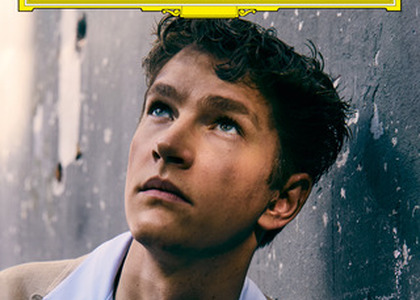 The latest album by Canadian-Polish pianist Jan Lisiecki was released on August 13th, 2021 and includes the 21 nocturnes composed by Frédéric Chopin.

Jan Lisiecki, an exceptional pianist of the young generation, is currently 26 years old and has reached the release of his eighth album by the famous record label Deutsche Grammophon - an achievement in itself. Lisiecki has been collaborating with Deutsche Grammophon since 2012 and before that, he came to the attention of the international concert world when, at the age of 13 and 14, he performed the two concerts by Frédéric Chopin at the "Chopin and his Europe" festival in Warsaw. These performances were then released by the Chopin Institute and considered true revelations of the record market.

Jan Lisiecki has recorded two more albums with compositions by Chopin for Deutsche Grammophon: the complete pianoétudesin 2013, which I, personally, consider to be one of the best performance versions I have ever listened to, and in 2017 - works for piano and orchestra, other than the two concerts.

Here is he now approaching a complete set of compositions recorded so many times before him - in fact, Frédéric Chopin's nocturnes remain among the most famous and loved works of the Polish composer's creation, of the creation for piano in general. Although young performers today avoid to make this choice of recording the repertoire that has been very often approached in the past, Jan Lisiecki chose otherwise and explains: "I am the first to wonder whether something that has been recorded many times in the past should be recorded once more. But music lives only through interpretations and we listen to it differently every day, even if from one recording only. I think I meant to say something with this album. It is a reflection of mine regarding the past year and my thoughts on the escape and understanding that music offers us."

Jan Lisiecki, at just 26, has the achievements of a musician who has lived at least twice as much as that. He recorded Chopin's complete études for Deutsche Grammophon when he was 17 - and I consider it a reference version, not only for its technical perfection, but especially for the poetry it imparts to these works of virtuosity. Now, we have this complete collection of Chopin's nocturnes, recorded at Meistersaal in Berlin in October 2020, in the midst of a pandemic. Jan Lisiecki tells us that he put in the performance of these nocturnes what he felt in the last year, but also the salvation that he, personally, found in music. Practically, we rediscover Chopin in Lisiecki's vision, who maturely and in a classic-like manner approaches these opuses that can immediately become, as some call them, mellow. Chopin in Lisiecki's vision has depth, brilliance, it can move you to tears. And more than that, it brings hope, which is not a small thing at all in the times we are living.