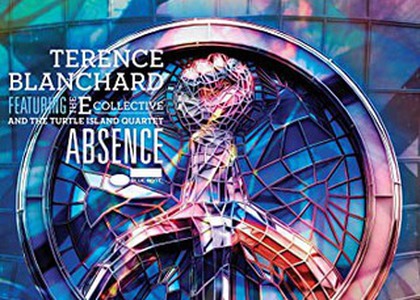 One of the most acclaimed trumpeters of America, Terence Blanchard, returns with a super production inspired by the legendary Wayne Shorter, considered to be an entity of maximum influence in modern jazz who enlightened generations of musicians. Alongside his band, The E-Collective, consisting of the piano player Fabian Almazan, the guitar player Charles Altura, the bassist David Ginyard and the drummer Oscar Seaton, together with the string quartet Turtle Island, Terence Blanchard recorded "Absence", an exceptional album through its musical content but also thorugh the manner in which it celebrates Wayne Shorter. Some of the works of the illustrious composer in his eighties, like "Fall" or "Diana" were thoughtfuly reorchestrated and added to a repertoire of their own works, performed in the form of an audible reverence. Blanchard avoids the stylistic subtleties of the original pieces and refuses any kind of emulation, prefering rich and dramatic audible landscapes that remind us of his reputation as a film music composer. Thorugh "Absence" he manages to pay homage to a definitory character of musical discovery by way of his own adventure.