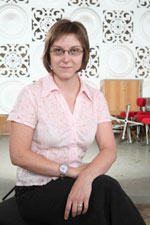 Blues. Enjoy being blue... like music: ‘well the blue light was my baby, and the red light was my mind’ (Robert Johnson, Love in Vain)

Meet the black music of the good old South. Learn how they expressed their sorrow, how they mourned, how they chanted ancient African legends, sermons, personal feelings. This way you will become accustomed to the rhythms that made the daily ordeals bearable.

Grab a guitar – it doesn’t have to be a six-stringer and you don’t even have to play. Just pick any household item – a knife’s tip, a shard of glass, a grill used to wash clothes – and start making you own music, just as they did back in the day.

Perhaps the blues would have remained a kind of mourning genre, a sort of curiosity for the folklore enthusiasts if a few records hadn’t been released somewhere in the 1920s or ‘30s. This way America found out about Robert Johnson and Bessie Smith and this form of musical expression embarked on a rather peculiar road to celebrity, namely by being adopted across the ocean especially by British artists such as John Mayall, Eric Clapton, Peter Green, Jeff Beck or Alvin Lee. Blues music has later been adopted by some of the most famous British bands such as The Rolling Stones (Little Red Rooster), Led Zeppelin (You Shook Me) or Cream (Spoonful), which may seem a little bit unusual, given that they are world-renowned for their rock music.

Blues music has also enchanted actors and famous movie directors such as Martin Scorsese, Wim Wenders or Clint Eastwood. It has also inspired George Gershwin and Miles Davis because blues music lays at the foundation of jazz music and, in order for you not to think of us as uncool, rock music. As old Willie Dixon used to say, ‘blues is the roots, the rest are the fruits.’

A little something about the roots and perhaps also about the fruits, every Friday towards midnight, from 11.30 PM. ‘Midnight Blues’, only at Radio Romania Music.

And because making good music is not as easy as you might think, I really have to give thanks to all of the people who have taken their time to answer ‘Yes’ to the somewhat stereotypical question, ‘Do you have the blues?’. These are:
- Mirela and Cornel Fugaru
- Valentin Manoiu, PhD in systems engineering
- Stefan Naftanaila, my office mate
- Maria Barabas, also my office mate
- Alexandru Petre, computer expert
- My father