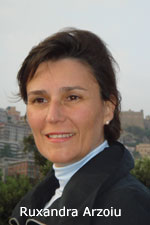 It is safe to say that art has never been so controversial, so blamed and worshiped at the same time, so popular and yet so elitist so desired and so rejected than in the past eleven centuries, a period that we have set out to analyze from a modern point of view. Some might say that we have had enough time to make ourselves acquainted with our contemporary sonorities, but did we really manage to grasp them all in their extent? Perhaps yes, in some small measure, judging by the reticence with which the audience receives and contemplates the musical creations of the 20th Century.

Inability, fear, impatience, prejudice, boundaries? Perhaps a little bit from each. As a mirror to reality, art proposes and superposes styles and trajectories, currents and influences, trends, moods, fantasies, all of which flow in a continuous stream with dazzling speed, which makes it difficult for us to accept and understand all that is new. That which was this year’s sensation quickly becomes obsolete. The gap between tradition and experimentation narrows down at an alarming pace, notions become more and more relative and judgments more and more debatable as everything seems to turn into a long line of simultaneous negation of that which we no longer know how it began, but we do know what it should not become.

Yet, looking back on it all, time will always retain value, while profundity of thought and self-awareness will reassess the place that the new music holds in the vast cultural landscape. As we desire to broaden our views concerning the sonorous phenomenon of the time frame that we have chosen for our study, with each edition we shall stress one unifying idea, one circumstantial theme taken from the multitude of those which have shaped and determined the creation of music.