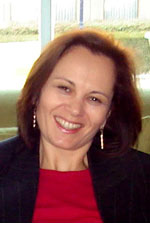 I bring to your attention a ramification of the radio programme Music- a biography. It may seem at first glance neither the most relaxing nor the most attractive of shows but I promise you that it may come as a challenge, a point of interest.

Ideology and music, composers’ destinies, choices and attitudes in Romanian art under the influence of a certain political context: all these help us understand a type of music that one must not keep totally at bay. We can sometimes judge the newest trends as elitist, overly intellectual or outright absurd, more likely to be deemed as ugly than beautiful. I only desire to select those pages that prove just how much good and lasting music there has been produced in over 60 years and how it was produced, under what circumstances and in what environment.

The Western world forefront and the socialist realism with its Eastern vibes are the two poles of post-war Romanian music. Between them lies a multitude of options which can be fascinating for a trained observer who can understand the main obsession of the 20th Century composer: the clash between the national and the universal.