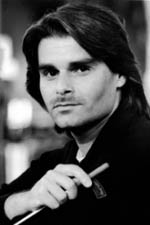 Charismatic, friendly and working on lots of music projects - this is how we found maestro Ion Marin in the capital of Bavaria, where he conducts the first concerts of the season with the Munich Philharmonic Orchestra. The programme suggested by him opens with the Romanian Rhapsody op. 11 no. 1 in A major, by G. Enescu, the Concerto in F by George Gershwin - performed with the participation of the pianist Jean Yves Thibaudet, the symphonic poems Pini di Roma and Fontane di Roma by O. Respighi.

I will keep waiting, just like I have waited for twenty-two years for an invitation to be made in a civilized and honest manner. Otherwise, you will have to hear from me from various parts of the world, and I hope that the least part of my music will reach the Romanian audience either through recordings broadcast on the radio or through albums.