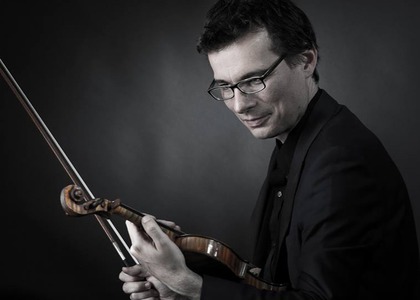 Interview with Mihaela Tomescu, president of the Remember Enescu Foundation

The new edition of the Remember Enescu Foundation's tour takes place between the 16th and 18th of June, in Iași. What is the program of this tour's edition?

We are once again in Iași for this amazing project, maybe our foundation's most amazing one at that - Following Enesco's Footsteps. We rediscover Master Enesco's presence in conventional and unconventional places, where he went, performed, met friends, collaborators and where he continues to resonate. So this year's program proposes four recitals between the 15th and 17th of June, which will be performed by members and guests of the "Remember Enesco" cultural foundation, interpreters from Bucharest, Bacău, Ploiești and Iași. They are high school and university students. So, we shall have four proposed recitals at Muzeul Unirii, at the Miclăușeni Castle - where the master went to perform in front of the wounded who were treated there during the war... also, a charity recital at the Elderly Nursing Home "St. Joseph" in Iași, following the master's example, who held so many recitals for charity. All the youth should consider the master's human and artistic side and take it as a model. The last recital is held at the National Art University "George Enesco" in Iași.

We await those passionate about following young musicians, some of which will surely become the country's next big names in classical music.