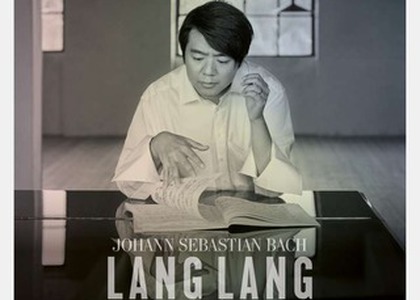 An album released on September 4th under the auspices of Deutsche Grammophon: a very long-awaited album, too - the return of pianist Lang Lang with an important production in the record world.

A return awaited with interest, both because of the name of the pianist and the work he puts forward on this record - a true monument of the Baroque period, the unparalleled Goldberg Variations by Johann Sebastian Bach.A performer who specializes in romantic music, Lang Lang, now 38, is now approaching an opus that may seem surprising in relation to his personality.

But the Goldberg Variations are an opus that Lang Lang has been working on for more than 20 years - for example,he has usedsome of the variations as exercises for his technique.

After the medical injury to hisleft hand in 2017, which took him off the concert tour for more than a year, Lang Lang appeared in early March 2020 in a concert at Thomas Kirche in Leipzig, where he performed the Goldberg Variations;and also in March 2020 he recorded a studio version for the same work at Jesus ChristusKirche in Berlin.Both versions can be found on the album released on September 4th - which contains 3 hours and 20 minutes of music and 4 records!

Lang Lang himself says that he prefers the studio version, which shows more depth, so we will also listen to this version on Radio Romania Muzical, on Monday, September 14th, at 19.00.

As expected, the Langberg Variations performed by Lang Lang provoked very different opinions: "Silly showmanship is forgotten. Bach has brought out the mature artist in him" - wrote The Times. But in a September 10 column in The Guardian it reads "Lang's performances seem to squeeze all the energy out of the music, with tempi that are achingly slow and phrasing that is so mannered it sometimes seems more appropriate for Rachmaninov than Bach. There are plenty of other options for those allergic to Gould, from András Schiff and Igor Levit to Peter Serkin and Angela Hewitt. Lang's performance doesn't come close to any of those."

Paradoxically, I would say, both views are true.By no means does Lang Lang follow any canon of Baroque music interpretation, but I don't believe anyone expected him to do so.He reveals himself, a 21st century artist in this piece, using tempos, it's true, sometimes too slow or too fast, as I would observe.At other times, its phrasing is far from sweetened, it is too rugged. At the end of over an hour and a half, the length of the Goldberg Variations in his interpretation, Lang Lang leaves Bach's question open: who are we, where are we going, why are we here? He doesn't have an answer, as any other person in this troubled year of 2020. However, if just a percent of his millions of fans would listen to the Goldberg Variations, tomorrow would certainly be better.