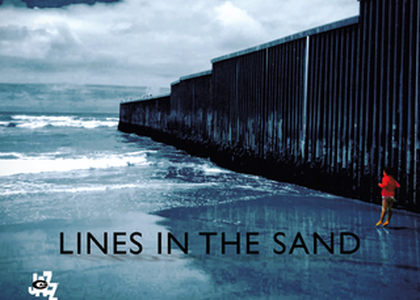 I had the chance to listen to a lot of albums to which drummer Antonio Sanchez contributed through conception and rhythmic construction; it was obvious that he was a musician as rarely existed.Some solo productions that followed made it crystal clear that I wasn't just admiring a drummer, but a style creator, composer and orchestrator with a unique sense of space exploitation, of emphasizing emotion and the close, special connectionbetween all the instruments and the work that causes them. A genius. Otherwise, one can't explain the level at which he does everything, the quality of what he produces, the highest degree of knowledge and musicality at which we can be exposed to in nowadays music.

Antonio Sanchez has always expressed his gratitude for his life in America, for the way he was received in the early 1990s. Except that 2019 Americais not the same as 1993 America, hatred and demagoguery suffocating isolated gestures of common sense of some artists. That's why something powerful, intense, complex was needed, in order to make the message efficient. "Lines in the Sand"is the tribute of Antonio Sanchez and his group, Migration, to all those who left home for a better life.

Instrumental jazz has always fooled the oppressive authorities, because one could protest without using words, and on this disc, one feels not only the musical force, but also the disapproval of those involved towards the hypocrisy of the inadequate ones who have come to make decisions. And Antonio Sanchez, through conception and experience, can be an instrument so that it can immediately become an orchestra. Because everything is rhythm, and we add the emotion.