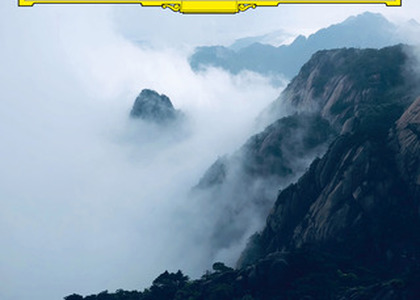 The album The Song of the Earth - Cântecul pământului, a recording released by the label Deutsche Grammophon on July 9th, features the Shanghai Symphony Orchestra, led by Long Yu.

It is about life, love and death, with a Chinese orchestra, in a composition written by a great early 20th Century European composer, Gustav Mahler, with lyrics originally belonging to Chinese poets. I am, of course, referring to The Song of the Earth by Gustav Mahler - a collection of six songs writtenfor voice and orchestra that make up one of the most well-known pieces by the Austrian composer. The mezzo-soprano Michelle Deyoung and the tenor Brian Jagde are the soloists of this recording, which was completed in Shanghai in December 2020. On the same album, the Chinese composer XiaogangYe's piece - The Song of the Earth op. 47, a 2005 opus which uses the same Chinese poems as Mahler's symphony-cantata.

It is the Shanghai Symphony Orchestra's second album released by Deutsche Grammophon, and led by the ambitious conductor Long Yu: the first album appeared in June 2019 - Gateways, with Maxim Vengerov amongst protagonists. You will observe a high-calibre orchestra, with many members of Western European and North American education, as well as a passion-filled perspective of Gustav Mahler's The Song of the Earth. A breakthrough!