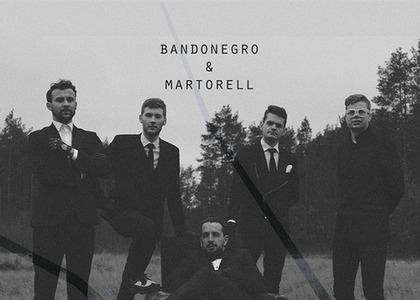 For today, I have prepared two albums, in premiere at Radio Romania Music. Let us start with guitarist Irina Kulikova's most recent album. The distinguished Russian musician, with a rich musical oeuvre, has released the album 'La Forêt~ DrieRivieren' ('The forest', 'Three Rivers'), on March 2nd , 2021, on Kramusica Records. These are two suites recently produced by the Belgian composer Mark Van Overmeire for Irina Kulikova. In the first suite, 'The Forest', the composer describesthe childhood home in 6sections with suggestive titles. Here Kulikova opted for a guitar made of spruce. The 'Three Rivers' suite pays homage to the exotic Amazon, the abundant Nile and the romantic Seine. It is a composition brought forth with the help of a guitar made of cedar. 'La Forêt' and 'DrieRivieren' are two brilliant and expressive suites, by the Belgian composer Mark Van Overmeire. They are perfect to be listened to during any summer day. They are brought to life by Irina Kulikova's refined interpretation and delicate melody.

A new premiere at Radio România Muzical- 'Tangostoria', album released on May 7th 2021 by the Polish band Bandonegro and the Uruguayan vocalist Andres Martorell, on Dux Records. Four young musicians embarked on their Latin-American music adventure when they were 15, forming Bandonegro: MichałGłówka- bandoneon and accordion, Jakub Czechowicz - violin, Marek Dolecki - piano and Marcin Antkowiak- double bass. At the moment they are 28, have 4 albums released, and are praised in Poland. Up until the beginning of the pandemic they had a considerable number of concerts in both Europe, and the homeland of tango- Argentina, where they performed in important clubs associated with this musical genre. For the album 'Tangostoria', recorded in the middle of the lockdown, the musicians collaborated with Andres Martorell, vocalist and mainly vocal coach, certified in speech level singing. He currently resides in Ireland and Poland. The album includes pieces by AnibalTroilo, Astor Piazzolla or Manuel Caballero, among others. It is a record that speaks for itself. The sensual tango rhythm, in a passionate interpretation, performed with a personal touch like this genre'shits, inmodern accents, isin consonance with the youthfulness of the Polish artists, as well as with their professional band.

Let me remind you that you can find the records presented here on the project web page'Discurile anului 2021' ('2021 Records'), on româniamuzical.ro