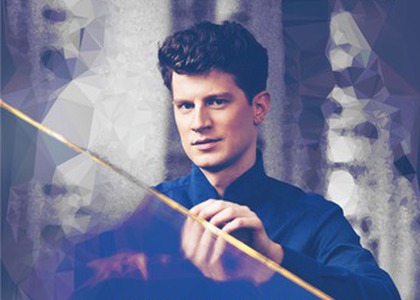 On this album we can find music by George Enescu, who was nominated for the International Classical Music Awards 2022: it has the signature of the german pianist Alexander Krichel and it was released on the 29th of October 2021 under the Berlin Classics coar of arms. On the disc: The Second Suite by George Enescu, Pictures Suite from an exhibition by Modest Musorgski and a little Nocturne by Aleksandr Borodin.

The Guardian noted at the end of October that what makes it peculiar about this album is not Musorgski's Suite, but The Second Suite by George Enescu, "an example of a well-mannered composition of the French neoclassicism, but having rhythms which allow Krichel to show his flamboyant piano skills".

From the piano reperoir signed by George Enescu, this second suite is one of the most popular pieces, appearing on worldwide musical productions. And the one proposed by Alexander Krichel is one of the most successful, I would say, among the best works from foreign composers. Even though, we could say that Alexander Krichel is only a half foreigner: his grandmother, of Italian origin, came to Romania before the beginning of the Second World War and Alexander learned Romanian from her. He is a german citizen, born in 1989 in Hamburg - so now he is 32 years old. He studied in Hanovra and in London, furthermore he has multiple intellectual interests: for example, he is also a mathematics olympic. This album is his seventh disk: five of his earlier albums appeared at the prestigious Sony house.

Pictures Suite from an exhibition by Modest Musorgski: probably one of the first works we would think about when we talk about programmatic music. Alexander Krichelmasterfully highlights every musical detail, describing almost fotographically the pictures of Viktor Hartmann. It is a virtuous interpretations, with an accent on colour, in which maybe I would have felt the need of a bigger audio amplitude in the last episode, The Big Gate of Kiev. The truth is that we also have the impressive finale of the suite in our ears, with the orchestra version of Ravel, which is practically impossible to execute only with the piano.