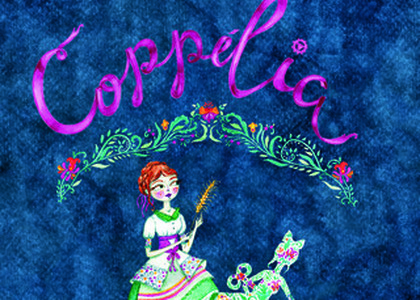 'Coppélia', performances for the first time and with the public in May on the stage of the Bucharest National Opera

The Bucharest National Opera presents the premiere of the ballet show "Coppélia" by Léo Delibes. The choreography is signed by Corina Dumitrescu, adapted from the original choreography by Arthur Saint-Léon, directed by Marius Petipaand and Enrico Cechetti. The costumes were made by Bogdana Pascal, and the stage design by Vladimir Turturica.

Tickets can be found on http://tickets.operanb.ro/ and at the ticket office of the Bucharest National Opera.

Since the world premiere of the show, which took place in 1870 on the stage of the Théatre Imperial de L'Opéra in Paris, the show has captivated audiences of all ages.

The choreographer of the show, Corina Dumitrescu, about the staging of the Bucharest National Opera: "Coppéliais a show staged more than 150 years ago, with many funny and energetic moments. Being an old title, I was interested in recreating it for today's audience , without altering, however, the charm and authenticity determined by the century in which it was created.

I did not give up the well-known mise en scene and the sequence of folk entertainment dances, but I energized them through a faster succession of movements and scenes. Last but not least, I was concerned about the clarity of the message, so that this ballet can be received by both adult and very young audiences.

I liked to refresh the narrative thread of the wonderful Hoffmanian story through dance and gesture, giving the heroes the naturalness of contemporary positions, integrated in the atmosphere so beautifully created by Bogdana Pascal and Vladimir Turturică.

Coppélia was a wonderful challenge for the whole creative team, a show full of humor, with an exciting plot. We realized with a lot of love and enthusiasm, and although the major force prevented its launch in April 2020, we anticipated its tonic effects for the public as soon as thes eason could be resumed.

I invite you all to the performance hall, where together with the artists of the Romanian Opera I drove away the daily worries through art and I reserved some special hours for you to resume your hope for the future. "


Translated by Călinescu Emilia-Georgiana,
University of Bucharest, Faculty of Foreign Languages and Literatures, MTTLC, year I
Corrected by Silvia Petrescu
Return to Events