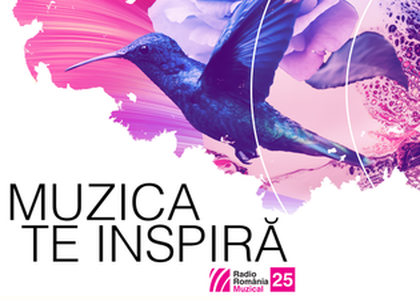 95.4 MHz is the frequency that Radio România Muzical will sound in Iași for the first time.

Received during the C.N.A. from May 19th, 2022, after almost 20 years since obtaining the previous two, it consolidates the portfolio of frequencies allocated to Radio România Muzical and completes the landscape of the waves on which the station is currently received. This approach is part of the strategic plan of the Romanian Broadcasting Company (S.R.R.) to expand the coverage in accordance with the profile of each radio station.

"Strengthening the reception of S.R.R. programs is a strategic priority, increasingly stringent and largely imposed by the change in the urban architecture of the localities.

I am glad, however, that the beginning of this action took place with Radio România Muzical in Iasi, a city with an indisputable contribution to the cultural identity of Romania.

R.R.M. it is indeed the only radio station in the country dedicated exclusively to classical and jazz music, and it comes with a special dynamic, less known to the general public, but felt on the grass. In its 25 years of existence, it has coagulated not only Romanian artists of international stature, but also acted as a pillar of initiation, education and musical aesthetics. The audience feels it and demands it.

We expect the implementation process to be completed in the coming months, so that, in the first half of 2023, our listeners in Iași can enjoy Radio România Muzical on air. "

"I am grateful to the National Audiovisual Council for the new frequency that Radio Romania Muzical will bring to Iasi, one of the most important Romanian cities, not only historically and economically, but especially especially culturally. In addition to the good collaboration relations that I already had them with music institutions in Iasi, but also with independent organizers of music events, in addition to the interesting echoes of children listening to classical music at school thanks to the Radio Romania Musical project "Listen to 5 minutes of classical music" or unconventional concerts organized in passed to malls in Iași, under the emblem of the same project, we can now give an answer and many questions asked by the public:"Whenwill you broadcast in Iasi?".

It is a dream come true for the Radio Romania Music team and its audience, hoping that in the not too distant future we will be able to be heard throughout the country:because classical music unites and is truly for all, for all those who want to find beauty and balance in life. "

Radio România Muzicalis a central radio station of the Romanian Broadcasting Company, which was founded on March 24, 1997 and the only Romanian radio station dedicated exclusively to classical and jazz music.

In Bucharest, the stationbroadcasts on 104.8 FM, and in the counties of Ilfov, Giurgiu, Teleorman, Olt, Vâlcea, Argeş, Dâmboviţa, Prahova, Buzău, Braşov, Covasna, Harghita and Mureş on 97.6 FM.

The Romanian Broadcasting Company is the autonomous public broadcasting service of national interest, with responsibilities for information, education and entertainment.