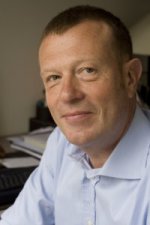 Wednesday, 4 May 2011 , ora 11.23
The well-known 'Queen Elizabeth' competition which takes place in Brussels between May 5th and 21st 2011, promises to be an interesting one, at least due to numerous and various participation. On the podium of the competition there have been many Romanians. Even at the first edition, Lola Bobescu was among the laureates together with violinists like David Oistrah, to give only one example.

The general secretary and member of the Executive Committee of the competition, Michel-Etienne van Neste, told us about that in an interview for Radio Romania Music.

The 2011 edition of the 'Queen Elizabeth' Contest is at the beginning. How is the atmosphere in Brussels? Could you give us some details from the backstage before the lifting of the curtain?

The 'Queen Elizabeth' competition is hosting eighty-four candidates this year, which represents a record. We have never had so many competitors admitted to the first audition test. We are glad to see the presence of some candidates who have come from countries we weren't expecting to come: it's for the first time we have so many Korean candidates and a young Moroccan lady, Chinese and Armenians. There are many countries which are well represented, like Turkey and Serbia, countries which don't necessarily have the occidental musical culture, so their presence makes us happy. At this moment there are many pianists who work with the candidates, they prepare the first audition for which the musicians present themselves in front of the audience which is sometimes numerous. The video podcast of the competition can be watched on the competition's website.